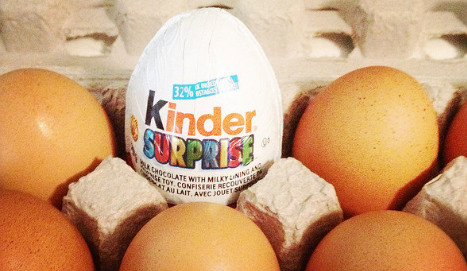 The 73-year-old woman took motherly love a little bit too far when she hid the drugs in a Kinder Surprise stashed in her vagina, in order to smuggle them in to her son, a prisoner in Fontcalent prison in Alicante, southern Spain.

The woman received a suspended sentence of one year and nine months on November 5th in a ruling that was made public on Tuesday.

In July 2013, the elderly woman concealed €20, small doses of cocaine and heroin, as well as tranquilizers, inside the plastic casing of a Kinder Egg, the popular chocolate treat made by the Italian company Ferrero.

She smuggled the stash into prison by wrapping the Kinder egg in a condom and inserting it into her vagina.

When she realized she was going to be frisked, she popped out the package, worth around €82, before handing it to prison guards, reported Spanish news agency Efe.

The woman was found guilty and was sentenced to one year and nine months in prison, and was handed a €41 fine.