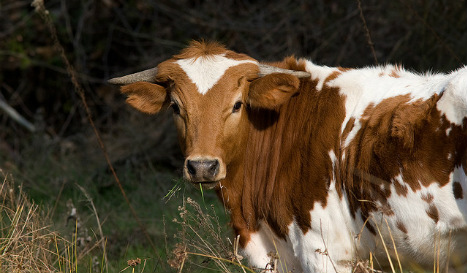 The cow fled from the slaughterhouse and went on a rampage through neighbouring streets.

The frantic animal smashed into several vehicles as it ran through the town, pursued by local and national police before meeting a tragic end when it fell from a viaduct and died.

The incident occurred at around midday on Tuesday, when the animal escaped from the abattoir located on the A Grela industrial estate in A Coruña.

A key witness to the event was the mayor of A Coruña, Xulio Ferreiro, who spotted the runaway cow while on his way to an event, according to La Voz de Galicia.

The mayor of A Coruña has said that anyone whose vehicle was damaged by the animal should contact local police, “we are collecting information and the abattoir will ultimately assume responsibility,” he said.

The cow's carcass was removed by local police, who closed the road under th viaduct while carrying out the removal operation.