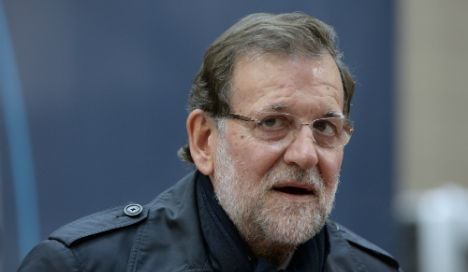 Pro-independence parties in Spain's wealthiest region tabled a resolution to secede from the rest of the country last month and the parliament in Barcelona – where the separatists have a majority – is due to vote on it on Monday.

While not legally-binding, the text calls on the regional assembly to start working on legislation within 30 days to create a separate social security system and treasury, with a view of complete independence as early as 2017.

“If on Monday (the resolution) is approved… we will immediately go to court,” Deputy Prime Minister Soraya Saenz de Santamaria told reporters after a cabinet meeting.

She said Rajoy and his ministers would gather for emergency talks, adding that the government would go to the Constitutional Court within the week.

The Catalan resolution, however, states that the process will not be subject to decisions made by Spanish institutions, including the court.

Catalonia's independence movement is an increasingly prickly thorn in the side of Rajoy, who is gearing up for a general election in December.

The 7.5-million-strong autonomous region has already tried to hold a referendum on independence, but judges ruled it was against the constitution, arguing that all Spanish people have the right to decide on matters of sovereignty.

In November last year, though, Catalonia defied Madrid and pressed ahead with the referendum, although it was purely symbolic in nature.

Turnout was just 37 percent, of which over 80 percent voted in favour of independence.

Then in elections in September this year, pro-independence parties won a majority of 72 seats in the 135-seat Catalan parliament.

But while they topped the poll, they failed to win a majority of all votes cast – a fact emphasized by the central government in Madrid, which has fiercely resisted their push for independence.