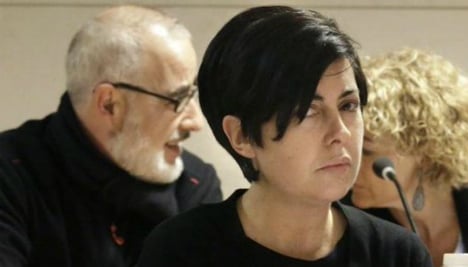 Rosario Porto, a former lawyer, and her ex-husband, journalist Alfonso Basterra, had been accused of drugging Asunta, whom they adopted when she was a baby, with the sedative Orfidal periodically for three months and finally asphyxiating her in September 2013.

The child's body was found in a wood near northwestern city of Santiago de Compostela.

A jury unanimously found the pair guilty of murdering Asunta, who they had adopted as a baby, after a month-long trial in which they had insisted their innocence.

They could face up to 20 years in jail.

“They were found guilty of murder,” a spokesman for the regional appeals court in Galicia, northwest Spain, told AFP.

The court added in a statement: “The jury judged that the victim would not have been able to defend herself and refused to acquit the two accused.”

More than a hundred witnesses and experts had been called to testify during the high-profile trial and the jury had been deliberating since Monday.

Prosecutors charged that the murder had been planned by both parents, but carried out by the mother.

During the trial Porto told the court that she had been suffering from depression that year and had herself been taking Orfidal.

The case shocked Spain and drew international attention when it came to light, prompting a statement of concern by the Chinese foreign ministry.