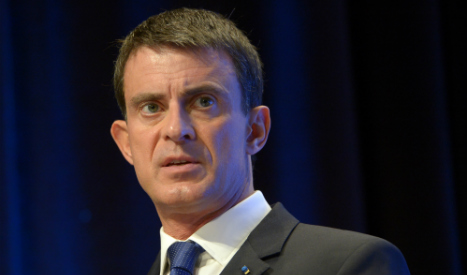 While many politicians have preferred to stay out of the Catalan independence debate, or support Spanish Prime Minister in calling for a “united Spain”, French Prime Minister Manuel Valls seems positively excited at the prospect of independence and for one major reason… football.

The Barcelona-born French politician has said that Barcelona FC could join Ligue 1 next season if they were forced to leave the Spanish Liga.

“If Monaco play in Ligue 1 why not Barcelona?” the French Prime Minister asked. Barcelona faces being thrown out of the Spanish league if the north-eastern region declares independence.

It is one step closer after pro-independence parties won a majority in recent regional elections, which they had billed as a de facto vote on independence.

In the lead up to the elections, Javier Tebas, the president of the Spanish Liga tweeted: “If Spain splits so does La Liga Let’s hope we never reach that absurd situation.”

Valls' apparent support for Catalan independence is in stark contrast to many other international politicians.

German Chancellor Angela Merkel supported Mariano Rajoy’s stance during the Spanish Prime Minister’s visit to Germany in September, while US President Barack Obama said he backed a “strong and unified” Spain when King Felipe visited the White House in September.

As Valls' offer hit the headlines around the world, the French Embassy in Spain issued a statement downplaying the Prime Minister's offer:

“The words attributed to the Prime Minister are a false interpretation,” a spokesman told Spanish news agency Efe, stressing that the French government considered the topic “an internal issue for Spain”.

Support for independence is strong among many Barcelona fans. The club has been fined twice in as many months because of fans waving Catalan independence flags during matches.

Barcelona announced this week that it was taking Uefa to court for the fines, saying Uefa had “violated its fans' freedom of speech”.