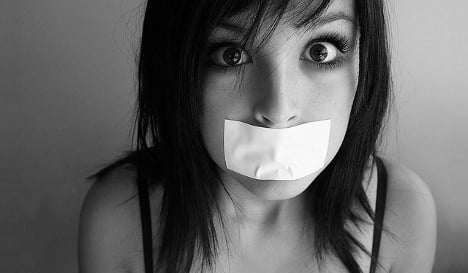 The 24-year-old woman allegedly told her mother and said that she had been kidnapped, forced into prostitution and beaten repeatedly in order to get ransom money, local newspaper Diario de Sevilla reported on Thursday.

The woman's mother and sister went to police to report the events on October 7th. They told police that the the woman had been kidnapped and her captors were demanding money.

While the mother and sister were filing a report with police, they received messages from the supposedly kidnapped daughter, saying that she had been tied up with other victims and beaten.

Police noticed some inconsistencies in what the daughter had told her mother and they decided to start surveilling locations she was linked to, including the home of her boyfriend.

When police knocked at his door, the supposed kidnapping victim answered and appeared to be in perfect condition with no signs of injury, according to the officers.

The boyfriend was also there and he admitted that the home was his and that they had been living together.

The woman told police that she was there of her own will and admitted that she had not been kidnapped: it was all a lie so that she could get money to pay off her debts.

She was then arrested for simulation of a crime.

In August a young man in Cartagena reportedly played a similar trick, telling his parent that he had been kidnapped in the hopes of extorting the ransom money.