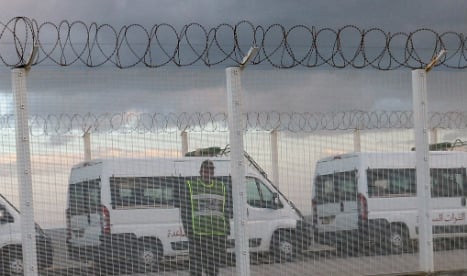 The Ceuta court pn Thursday said it had “ordered a temporary stay of proceedings” against the officers for the suspected crimes of homicide and injuries caused by negligence due to a lack of evidence.

But the court said it could reopen the investigation if it receives the results of the autopsies carried out on the bodies of the 15 migrants.

The court said Spain had repeatedly asked Morocco for the results of the autopsies but has received no reply.

In February the court named the 16 police officers as suspects in the investigation and ordered them to appear in court for questioning. The officers were never charged.

Over 200 migrants tried early on February 6th, 2014 to swim to Ceuta, one of two Spanish territories surrounded by Morocco and the Mediterranean Sea.

Only about 20 migrants managed to enter Ceuta and they were immediately returned to Morocco.

Rights groups said the rubber bullets pierced the life preservers used by the migrants, many of whom did not know how to swim, and demanded an investigation.

The Ceuta court wrote in its ruling that there was “no indication” that the agents “inadequately used riot control materials”.

“The migrants assumed the risk of entering Spanish territory by swimming, in a group, under the cover of darkness, wearing a great deal of clothes and ignoring the warnings from both Spanish and Moroccan police,” the court added.