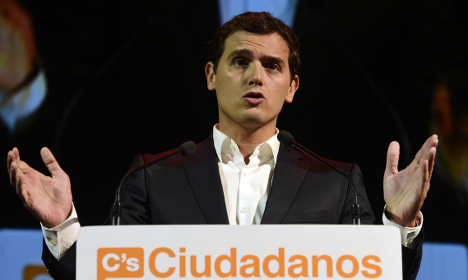 Having climbed in the ratings over the past year, the centrist party performed strongly in last month's regional election in its native Catalonia, where it was the second-most voted-for party.

Now polls show it may now shake up national politics, breaking the grip of the ruling conservative Popular Party (PP) and the opposition Socialists which between them have dominated Spanish politics for decades.

That could enable Ciudadanos (“Citizens”) to negotiate an alliance with one of the two big parties. It would be the first such power-sharing situation in Spain since its transition to democracy in the 1970s.

Ten years after founding the party in Barcelona, Ciudadanos' leader, 35-year-old lawyer Albert Rivera, is campaigning against corruption and against the separatist movement in Catalonia.

In doing so he has eaten into the right-leaning support base of Prime Minister Mariano Rajoy and his scandal-hit party.

The first time he ran for prime minister in 2008, Rivera vowed to “score a goal against the two-party system”. He made little impact, winning only 0.18 percent.

But one economic crisis and much political turbulence later, he now stands to win 21.5 percent of the vote, according to a survey by pollster Metroscopia published on Sunday.

In the poll he ranks in third place behind the Socialists on 23.5 percent and the PP on 23.4 percent.

“No one will win this election with an absolute majority and Ciudadanos has the capacity to make pacts with the two big parties,” as it already has in certain regions, said Metroscopia's vice-president Juan Jose Ferrandiz.

In 2011 at the height of Spain's economic crisis, voters booted out Socialist prime minister Jose Luis Rodriguez Zapatero and handed a landslide majority to the PP.

Four years on, polls show that unemployment — at more than 22 percent — is still voters' top concern, followed closely by corruption after a series of high-profile scandals.

“Ciudadanos' main advantage is that it has no baggage in terms of corruption,” said Ferrandiz.

“It is seen as a kind of 'PP version 2.0' It seems to offer gentle change, less radical than Podemos.”

The son of Barcelona shopkeepers, former swimming champion Rivera worked for a bank before entering politics.

His party came second to a pro-independence group in last month's Catalan election, with 18 percent of the vote.

It has taken votes from the PP and the PSOE alike, said political analyst Anton Losada.

Rivera's support base, first seen as mostly young, educated and city-dwelling, has diversified.

Rivera, himself a former PP voter, has targeted his campaign at middle-class voters, straddling the middle ground from centre-left to centre-right.

“He offers them more market-oriented, lower-tax economic policies and at the same time casts himself as a progressive, within certain limits,” said Losada.

Conservative newspaper ABC scoffed at Rivera saying he offers “a free buffet” on policy ideas while Rajoy sticks to the “set menu” of economic recovery.

The Socialists' leader Pedro Sanchez said his party could team up with Ciudadanos or with Podemos after the elections. But the unknown for him, he admitted, is that Ciudadanos has not said whether it would ally itself with his party or with the PP.

Even Podemos leader Pablo Iglesias conceded Saturday on television that he saw the need to “reach agreement with Rivera on certain things, like a reform of the electoral system”.

Ciudadanos' campaign director Jose Manuel Villegas told AFP: “Until the general election we are not going to say who we will or will not support. But if anyone agrees with our reform proposals, we could make a pact.” 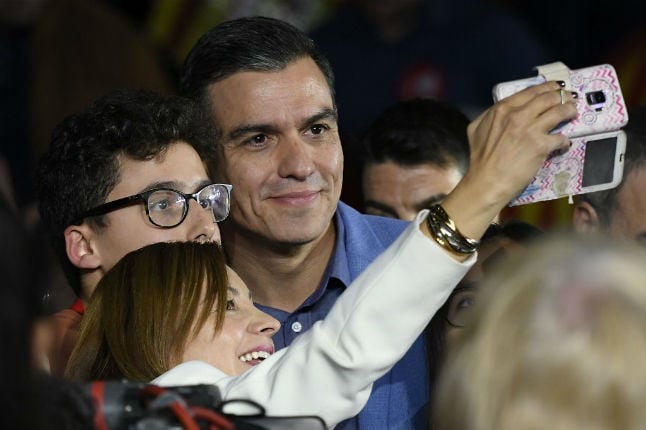