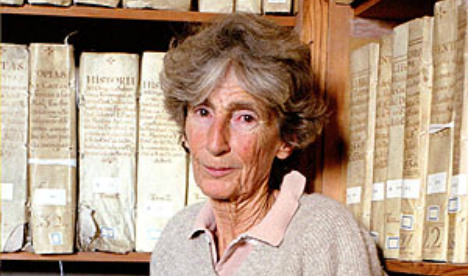 Spain's “Red Duchess” capped off an unconventional life by marrying a much younger woman just hours before her death in 2008 – and making out her will to her new spouse.

At stake is a palace in Sanlucar de Barrameda, a rural area near the southern city of Cadiz in Andalusia, which was declared a national heritage site in 1978 and is managed by the Spanish ministry of culture.

Dahlmann, as the duchess's widow, can live at the palace until her death under the terms of the will.

De Toledo, whose official title was Duchess of Medina Sidonia, also made Dahlmann – her longtime secretary – responsible for the palace's archive which contains around six million historical documents, the oldest of which dates back to 1228.

The palace and the archive are estimated to be worth around €60 million ($67 million) according to Spanish media.

The inheritance could have been far greater but de Toledo –  dubbed the “Red Duchess” for her opposition to the dictatorship of General Francisco Franco – gave away her vast estates to form rural co-operatives until she owned little more than the palace itself.

A court in Sanlucar de Barrameda, a town of whitewashed houses, began hearing the case on September 30 and a ruling is expected at the end of the month.

The duchess's three children from her marriage to Jose Leoncio Gonzales de Gregoria Marti which ended in divorce – Leoncio, Pilar and Gabriel – argue their mother went too far in her will.

“The children of any person, unless they have been disinherited…have according to our civil code, the right to two thirds of the parent's property,” Leoncio said in an interview published in daily newspaper Diario de Cadiz last week.

Dahlmann and the aristocrat's oldest son, Leoncio Alonso Gonzalez de Gregorio y Alvarez de Toledo — two former friends who were both born in 1956 – were the first to testify.

The duchess met Dahlmann, who is nearly two decades younger, in 1983, at the wedding of her eldest child. Dahlmann was the witness for the bride at the ceremony.

De Toledo surprised her children by marrying Dahlmann in a civil ceremony conducted by a council official just hours before she died on March 7, 2008 from pneumonia at the age of 71.

The wedding was seen as a final act of defiance by the duchess, known for her rebelliousness and commitment to social justice.

Only five feet (1.52 metres) tall and of a slight build, the duchess was combative and opinionated.

She was expelled from various convent schools — an embarrassment at the time for one of Spain's oldest aristocratic families.

The duchess spent eight months in jail in 1967 after she led a demonstration demanding compensation for farmers whose lands were contaminated when two American aircraft collided and accidentally dropped hydrogen bombs near the village of Palomares in southern Spain.

In a letter sent to her oldest son from prison, she wrote that in jail “I have learned what I could never have learned in the street.”

“It is like a compendium of the country's problems. A synthesis that you can't find anywhere else, which allows you to get to the bottom of things, hidden from the world outside,” she added.

De Toledo left Spain after she was sentenced to jail again in 1970 because
of a book she wrote that was critical of police brutality and prison conditions.

Unwilling to spend another term behind bars she moved to France and only
returned to Spain after Franco's death in 1975. 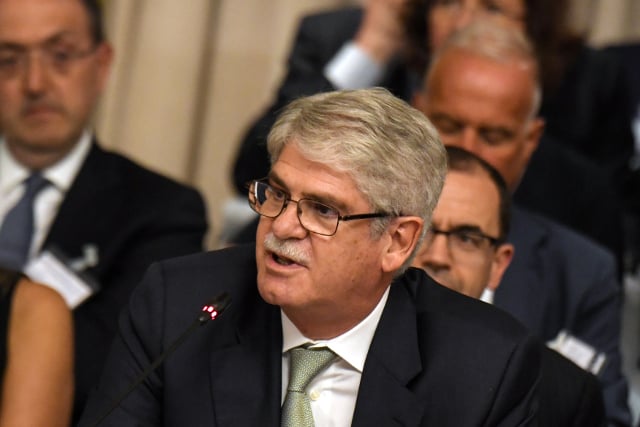 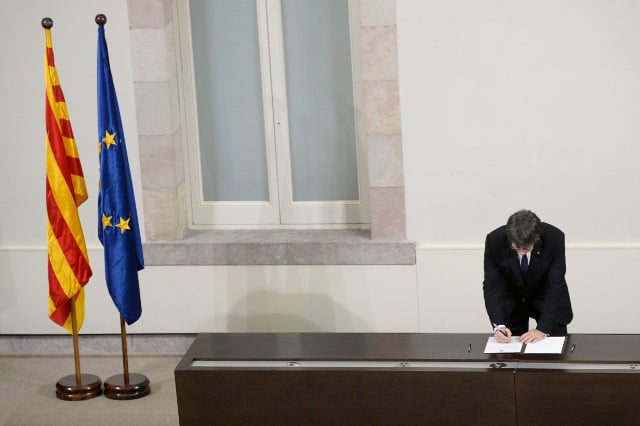