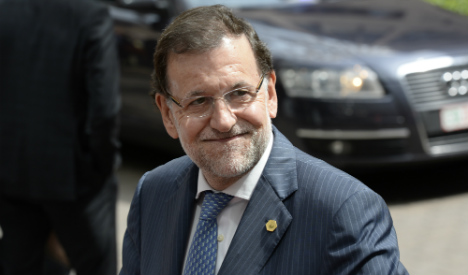 Spain should “take the necessary measures within the national budgetary process to ensure that the 2016 budget will be compliant with the stability and growth pact,” the EU Economics Affairs Commissioner Pierre Moscovici said after a meeting of eurozone ministers in Luxembourg on Monday.

The commission forecasts that Spain will overshoot its deficit targets by 0.3 percentage points this year and 0.7 points in 2016, 4.5 percent and 3.5 percent respectively.

The EU limit for deficits is 3.0 percent of gross domestic product.

Moscovici said the commission would issue an official warning to the government of Prime Minister Mariano Rajoy on Tuesday, and expected a revised budget plan by November 23th.

The economy is expected to be a key issue in Spain's December 20th general election.

Rajoy enjoys an absolute majority in parliament with his conservative Popular Party (PP), but opinion polls suggest support for the opposition Socialist Party is surging.

Running third in polls is the far-left party Podemos, which wants to loosen the grip of austerity introduced by Rajoy's government after it came to power in 2011.

Spain's Finance Minister Luis de Guindos said the discrepancy in the deficit target for this year was “very small” and the evolution of tax revenues “puts us in a very good position” to meet the 2016 target.

“No one questions the fiscal effort made by Spain,” added the minister.