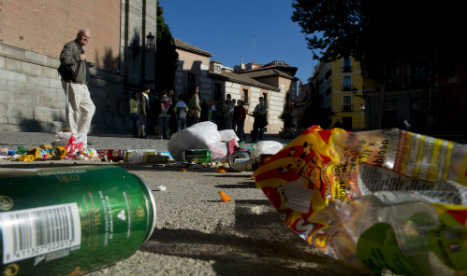 The left-wing mayor said the city hall was “trying to implement a university social service scheme” so that university students could “help sweep up” the Spanish capital.

“We want to see people who, for a certain amount of time, help to sweep Madrid,” she said during the inauguration of the 13th conference on the environment and sustainable development in Madrid on Friday.

By signing up to the initiative, the mayor argued, universities would become “managers of the big events concerning young people” such as botellons – when young people congregate and drink in public and when, according to Carmena, “the rubbish that builds up is incalculable”.

Carmena explained how she had recently been sent photographs by the rector of Madrid’s Complutense University, showing the rubbish-laden aftermath of a recent botellón session on campus. The sight “was embarrassing” he had told the mayor.

Carmena, a former member of the Communist party and retired judge, also spoke of how she had worked in a jam factory as a student as part of the Servicio Universidad de Trabajo (University Work Service) a scheme that was founded in the 1950s to give students a taste of working life.

She said the experience transformed her personality, helping her “realize what manual work was”.

“We want to do something like this to raise awareness, especially among young people that the principle of cleanliness is key to the sustainability of our society and is indicative of the need for ethical behaviour towards others; other people should not have to pick up rubbish that I produce,” she added.

Carmena also announced plans to improve the cleaning services in Madrid, increasing the number of street cleaners by 500 and undertaking 147 “intensive cleans” around the city, on top of the usual street cleaning.

In a statement on its website, Madrid City Hall said it hoped that “by Christmas the change will be noticeable”. 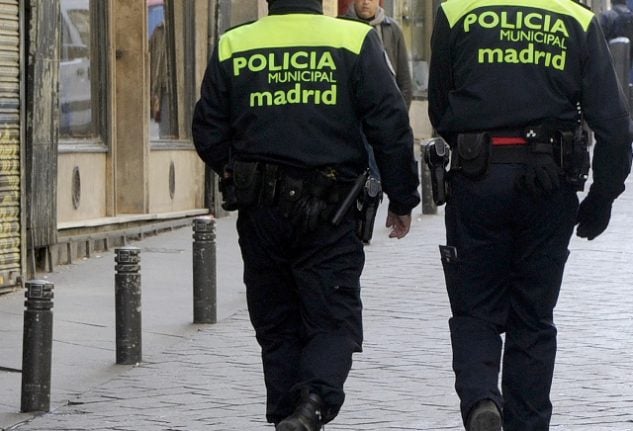