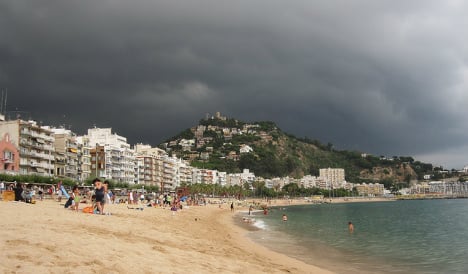 Rescue services confirmed the two bodies had been discovered at around midday near Blanes, a town along the coast near the resort of Lloret de Mar.

“A body was spotted by helicopter about two nautical miles southeast of Lloret de Mar and the boat of the specialist diving unit boat was sent to it just after noon on Thursday,” a spokesman from the Salvamento Marítimo – maritime search and rescue service –  told The Local.

“They found the other body close by and both were taken to the port at Blanes.”

The women, aged 33 and 36, had been swept away in rough seas shortly after 4am in the Costa Brava resort. It was widely reported that they were from Birmingham.

A spokesman for the town hall in Lloret de Mar said the women had been warned not to go into the sea by a security guard at a beach bar.

“They were in a group of five and were told that it was dangerous to go into the sea. But two ignored him and went in the sea anyway,” Ana Riera told The Local.

When one of the swimmers had got into difficulty, a friend on shore had gone to her rescue.

“It seems one of the original swimmers was able to get to shore, but the other was struggling so a friend went to her rescue and they both got swept out to sea,” Riera said.

She added that the remaining three women in the group were receiving counselling from psychologists and that the town hall “send their condolences to the families of the two drowned women”.

The rescue services were alerted at 4.15am on Thursday and searched all morning for the women.

“We sent out a rescue boat and scrambled two helicopters to the area to look for the two British women,” a spokesman from the Salvamento Marítimo told The Local.

“It was very bad weather, the waves were big and the currents were powerful,” he said.

“We don’t know the circumstances of why they decided to go for a swim except that they were with a group of other women who raised the alarm when they failed to come out of the water.”

“There are police boats and specialist divers out there looking for them,” added the Salvamento Marítimo spokesman. Stock photo of a rescue boat: Patricia Chasco / commons.wikimedia.org
Authorities had earlier said that they had given up hope of finding them alive and were searching to retrieve their bodies.

“I'm afraid that there is no hope that they survived,” the police chief in Lloret de Mar told The Local.  “Three of them went into the water and only one managed to get out. She saw the other two swept away. We are now searching all the inlets along the coast to try to find them.”

“The sea may look very beautiful and make a nice holiday photo, but you have to treat it with respect, as it can be very dangerous,” he added.

“We can confirm the death of two British nationals who had been reported missing in Lloret de Mar on 1st October,” said a spokesman from the British Embassy in Madrid.  “We are providing support to the families and those who were travelling with the individuals at this difficult time.”

Much of coastal Spain was on alert for bad weather conditions with the Catalan coast, Balearic Islands and Levant battered by high winds.

The national weather office issued an alert on Thursday for the coast of Catalonia because of the risk posed by the rough waters, with waves of up to four metres (13 feet).

On Wednesday rescue services called off a search for a homeless man, also thought to be British, who was swept away when a river burst its banks during a storm in Malaga. 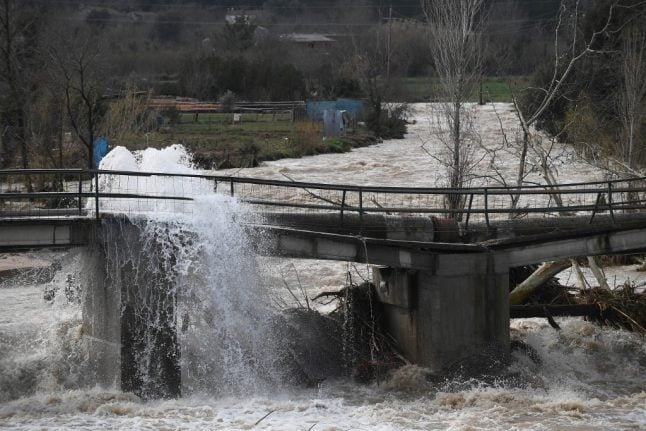 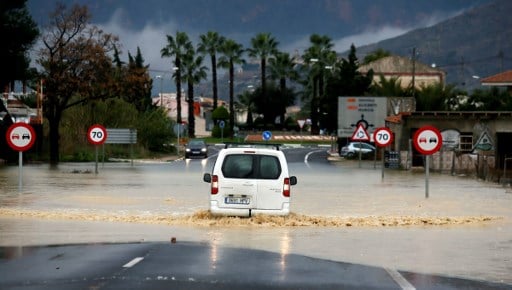