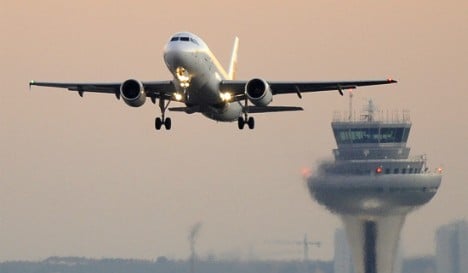 Travellers to and from Spain this weekend can breathe a sigh of relief, as a planned 12-hour air traffic controllers strike has been called off after the union came to an agreement with Enaire, the public corporation managing air navigation in Spain.

The strike was to be the second called by USCA following the 12-hour walkout on September 26th in sympathy with 61 Barcelona-based controllers who had sanctions imposed after they were accused of paralyzing airspace over the city during a protest in 2010 that left 200,000 passengers stranded.

The union and Enaire have come to an agreement which means the latter will shelve planned proceedings against the air traffic controllers involved in the 2010 protest.

While the current agreement has brought an end to Saturday's planned walkout, it “does not meet all the objectives we sought by calling the strike”, according to USCA.

It does, however, “open a path of negotiation that we have to explore in an effort to normalize our relationship with Enaire,” the union added.

USCA called four days of strikes in June and July, which affected thousands of holidaymakers.

Enaire welcomed “the very important step in negotiations” that would help them “reach an understanding that would put an end to the conflict”.