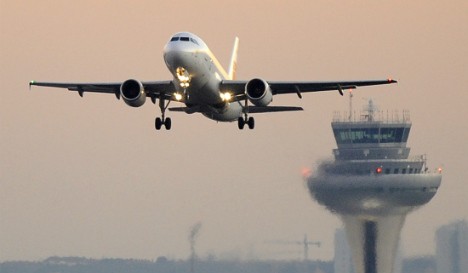 The strike will last for 12 hours on Saturday. Photo: AFP

The strike is the first of two, the other being called for October 3rd by the USCA air traffic controllers union.

The USCA said the stoppages would occur between 4am and 4pm GMT on both days as their members resume protests which affected thousands of travellers during four days of strikes in June and July.

The USCA confirmed the strike would go ahead in a tweet on Friday, writing that it had failed to come to an agreement with Enaire, the public corporation managing air navigation in Spain.

Spain’s Public Works ministry has said there will be a minimum service of 80 percent of staff on Saturday.

The strikes are in sympathy with 61 Barcelona-based controllers who had sanctions imposed after they were accused of paralysing airspace over the city during a protest in 2010 that left 200,000 passengers stranded.

On that occasion, airport controllers accused 175 controllers of collectively abandoning their posts — but 20 of 22 labour tribunals ruled they had neither disobeyed their employers nor abandoned their posts, according to USCA.