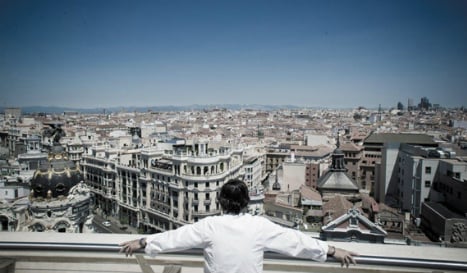 Is Spain a good place for expats? Photo: azoteadelcirculo.com

The Expat Explorer Survey published by HSBC ranked 39 countries around the world on criteria such as quality of life, politics, career progression and health.

While Spain came a respectable 13th overall, it did much better – and much worse – in some areas.

We take a look a why you definitely should (and should not) be an expat in Spain.

Reasons to be an expat (rank out of 39 countries)

Spain ranks as the best place in Europe for expats wanting to enjoy life, and second overall, just behind New Zealand. “Rather than living mostly in the expat bubble, experience-hungry expats look for the local culture following their move to the country,” according to the survey. Over 70 percent of expats said they enjoy immersing themselves in the culture of Spain. Spain is renowned for its healthy Mediterranean diet full of fresh vegetables, fish and olive oil, maybe this contributes to its ranking as number one expat destination when it comes to health. It also has one of the highest life expectancies in the world.

Spaniards are a friendly bunch, making Spain one of the best places in the world for expats to make friends. The survey advises making an effort to learn the local lingo, it will make socializing with locals much easier.

“If you’re about to move to Spain you’ll have the opportunity to snap up a bargain property,” according to the survey.

“After years of being in the doldrums, the Spanish property market is recovering thanks to foreign investment – but there are still plenty of apartments and houses available at low prices. Expats usually prefer to buy in Spain, but it’s a good idea to rent while you get to know the area.” As all of us who live in Spain know, the social life here is incredible. The survey agrees, ranking Spain has the best place in the world for expat social life. Reasons not to be an expat (Rank)

Spain has struggled since the financial crisis but the situation is “steadily improving” according to the survey.

Spain lags behind when it comes to entrepreneurship, but is beginning to make strides to welcome new startups and open up to new businesses. Unemployment is still very high in Spain – the second highest in the EU – so “many expats run their own businesses” according to the survey.

Its high unemployment rate of just over 22 percent and recent economic woes mean Spain is not the best place to come for job security, in fact, it is one of the worst. Nearly three quarters of expats said that at least one aspect of their financies “has become complicated” since moving abroad.

Spain does not rank highly when it comes to politics reaching only 32nd place out of 39 countries. Is it the countless corruption scandals or fractious regional politics that is putting people off? The Expat Explorer survey, now in its eighth year, is one of the largest independent global expat surveys. Commissioned by HSBC Expat and conducted by a third party research company YouGov, almost 22,000 expats based in over 100 countries were questioned between March and May 2015.