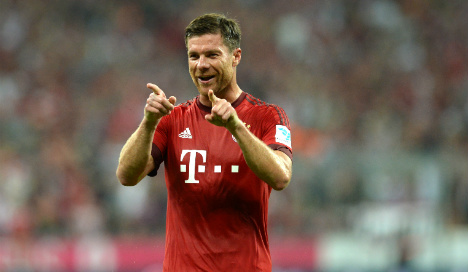 Alonso is alleged to have failed to declare revenue from his image rights by ceding those rights to companies outside of Spain in tax havens or states with lower tax rates between 2010 and 2012, according to a report in Spanish newspaper El Mundo.

“It is absolutely clear that he has always complied with all of his tax obligations,” said a statement published on Alonso's official Twitter account.

“Clearly, the player will utilise all the means he thinks right to demonstrate his tax obligations have been scrupulously complied with in a transparent manner and always adhering to the law in force.”

El Mundo added that the public prosecution service has up to six months to investigate the claim before deciding whether to carry the case forward.

Alonso, who joined Bayern from Real Madrid last year, was a hero of Spain's World Cup triumph in 2010 and European Championship victories in 2008 and 2012.

However, he is just the latest high-profile footballer to be scrutinised by the tax authorities over the declaration of money made through image rights.

Four-time World Player of the Year Lionel Messi appeared before a judge in 2013 after he and his father were accused of defrauding the public purse of €4.16 million ($4.7 million, £3 million) after his image rights were ceded to companies in Belize and Uruguay.