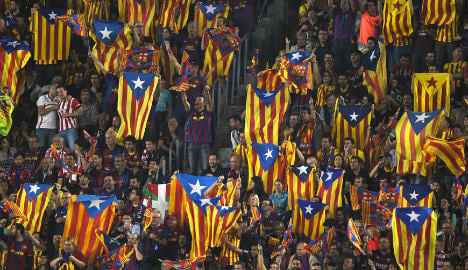 Regional elections will take place on September 27th that could lead Catalonia to declare independence should pro-secession candidates win a majority in the 135-seat Catalan parliament.

However, despite being recognised as one of Catalonia's most famous institutions, Bartomeu said the club will not campaign for either side of the debate.

“Barcelona has demonstrated it is outside of the electoral campaign,” Bartomeu told Canal Plus.

“We have always spoken about sport. We will not campaign.

“I understand that politicians have to do it. Now Barca will show it is neutral.”

Barca defender Gerard Pique has previously spoken of his desire for there to be a referendum on the issue.

However, club legend Xavi Hernandez has said the European champions shouldn't be used as a political tool.

“I understand those that think the club shouldn't identify itself on a political level because it is a universal club,” he told Spanish sports daily Marca earlier this week.

“There are Barca fans from Extremadura and Andalusia, but also from Colombia and Senegal. For me Barca shouldn't be politicised. Not this club nor football in general, but the context makes it inevitable.”