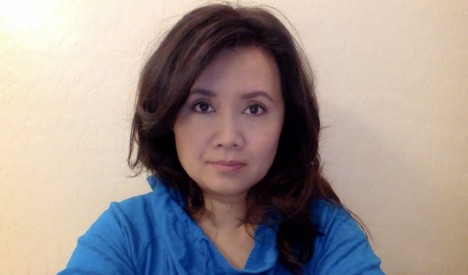 Miguel Angel Muñoz Blas, 39, has been remanded in custody pending trial after confessing to the murder of the 41-year-old woman whose body was discovered on his land last Friday.

Police are still searching for some of her body parts including her hands which had been cut off by the killer, reportedly to hinder her identification, according to a report in Spanish newspaper El Pais.

The lawyer for the accused appeared on Spanish television TVE morning programme on Wednesday to discuss the case. He described how his client had given a full account of the crime.

The accused claimed that she appeared on his property “lost and asking for help to find her way back to the pilgrimage route,” said his lawyer, Vicente Prieto.

“He claims she asked him to show her the way, then got nervous and somehow, and this has not been made clear, it ended with him hitting her.”

Police have already said that they believe the accused may have painted fake yellow arrows used to mark the pilgrimage route to divert unsuspecting pilgrims off the official track towards his house.

Prieto told ‘La Manaña’ programme that his client had hit his victim with a stick and when she fell to the ground was hit on the head with a stone.

Police investigators believe the killer may have removed her hands in an attempt to hinder her identification and possible forensic traces of her attacker that may have been under her fingernails after the struggle.

The accused led the police to the body on Friday after being arrested for the crime.

DNA tests have confirmed that the remains were those of Thiem and the post mortem report stated that Thiem had received a blow to the head that had most probably caused her death. Crowds gathered for the memorial held at the Cathedral in Santiago de Compostela Photo: Chayo / Help us find Denise / Facebook

On Wednesday evening a funeral mass was held for Thiem in the Cathedral of Santiago de Compostela, the final destination of those undertaking the pilgrimage and the site where the relics of the Saint James the Apostle are said to lie.

Some members of her family attended the memorial posting photographs and a message on the Facebook page “Help Us Find Denise”  thanking people for their support.

“We will always be grateful to the people of León, and especially Astorga for all that you have done to help us in our effort to bring Denise home,” said the message.

“We all wish we could have attended the beautiful memorial for her today. Thank you for the touching words and prayers. It has been very comforting to Denise's friends and family to see you celebrate her life together. Todos somos Denise.”