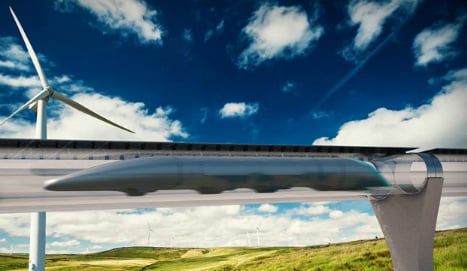 Imagine boarding a vessel in Madrid, suspended inside a giant tube, then zipping off at 1,200 kilometres per hour and a mere 30 minutes later, disembarking in Barcelona.

What seems to come straight from the pages of a science fiction novel could soon be reality, as US-based company Hyperloop Transportation Technologies has announced the plans to build a test track for the futuristic technology in southern California and a competition for prototype pods.

The brainchild of Paypal founder, American entrepreneur Elon Musk, Hyperloop is a high-speed train, connecting cities via a low-pressure steel tube that carries the train at speeds of 1,200 km/h (800mph).

Hyperloop Transportation Technologies is working together with some of the brightest engineers across the world, using a crowdsourcing approach to researching the project.

Scientists and companies each dedicate around ten hours a week for free to work on the project, which has attracted big-name collaborators such as NASA, Boeing, Google and Yahoo as well as world-renowned universities Harvard, Stanford and the Massachusetts Institute of Technology.

Spanish company Next Limit Technologies is also involved in developing the new technology.

The company has announced plans to build an 8km long test track in Quay Valley, California.

“We finished the viability analysis at the end of 2014. We already have the technology. We are currently working to get the necessary licenses and will begin construction next year, opening to the public in 2018 or 2019,” Dirk Ahlborn, CEO of Hyperloop Transportation Technologies told the audience at xSpain technology conference in Madrid.

“The prototype will transport over 10 million people a year,” he added. “Within eight years it will be profitable.”

He told the crowd at xSpain – which according to its website “brings together Spain’s most forward-thinking innovators” – that there were already around 20 cities interested in the transport.

He said that it would be easier to roll out the massive infrastructure project in Africa, Asia and the Middle East due to the fewer bureaucratic hurdles.

“More difficult than the technology and raising the money will be to get public and governmental approval because it is a huge infrastructure project,” Ahlborn said.

Questioned about the huge costs associated with Hyperloop, Ahlborn argued that it was actually cheaper than the current high-speed rail line being built between San Francisco and Los Angeles.

A Spanish film won the contract to build part of the high-speed line in December 2014.

ACS will design and construct the 105-kilometre (65-mile) stretch of railway line which will connect Fresno with North Bakersfield and will comprise dozens of viaducts, overpasses and underpasses. 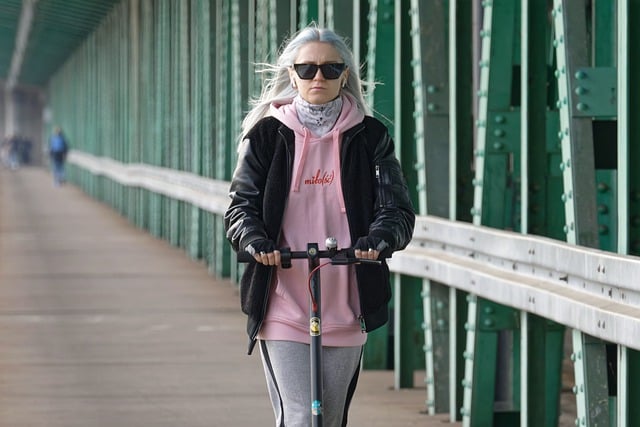