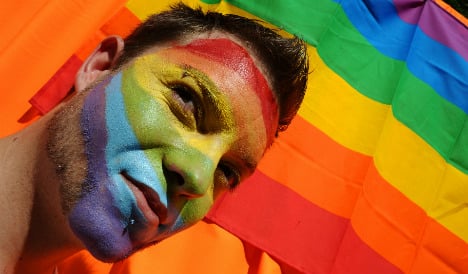 According to a report published last month by LGBT Capital, Spain has edged out France and Great Britain and earns the largest share of its GDP from gay tourism although the USA remains the top gay tourism destination worldwide.

Gay and lesbian visitors to Spain contribute about €6.1 billion ($6.8 billion) to the economy, representing 0.48 percent of GDP.

Spain is ranked among the most gay friendly countries in the world thanks to equal rights legislation that saw it become only the third nation to allow same-sex marriages in 2005.

Revenues from gay spenders are close to nearly €20 billion in the USA, according to LGBT Capital, an investment firm based in the British Virgin Islands that focuses on gay-themed assets.

LGBT tourism represents an estimated ten percent of the global industry but gay people prove to be big spenders, contributing more than 15 percent of the tourism generated revenue.

READ MORE: Five reasons why it is good to be gay in Spain

“We believe these numbers to be extremely important in demonstrating the value offered to both Countries and Companies by the LGBT consumer segment,” said Paul Thompson, LGBT Capital’s Founder.

He added: “Not only does the LGBT consumer represent significant spending power but as is generally accepted, due to more frequent and longer travels, the sector punches well over its weight when it comes to tourism spend.”

With its fiesta culture, Spain puts on some of the best gay pride parties in the world from its Madrid's Orgullo in July that attracts more than one million revellers to smaller but equally flamboyant parades in Sitges, Tenerife and Benidorm.