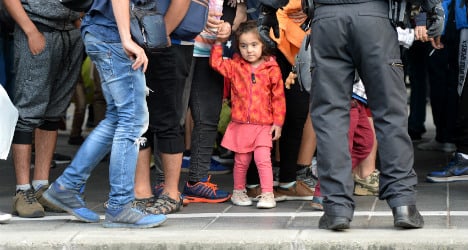 Spain has been asked to accept 15,000 refugees, over 12 percent of the 120,000 people who have made the treacherous journey to Europe and are now waiting to be rehomed in nations across Europe.

Spain has so far rejected the terms of an EU quota and said it will take in only 2,749 refugees of the 5,849 demanded of the European Commission.

The request for increased effort comes in the wake of the worsening refugee crisis, as thousands have successfully made their way to Hungary, as well as Greece and Italy.

The image of a drowned Syrian boy last week prompted Spanish Prime Minister Mariano Rajoy to express his horror at the worsening crisis and call for “a solution on Syria”.

“We are using the same distribution key we are using for Italy and Greece but obviously the new proposal also includes Hungary and the figures for all other member states will rise,” EU sources told news agency Efe.

Despite asking Spain to take more refugees, the number requested by Spain “will remain around half of that which France and Germany have to accept”.

The Spanish government has criticized “obligatory quotas” and consistently argued that Spain’s cripplingly high unemployment level prevents it from taking such a large number of refugees.

However, Spain has thawed in its stance towards refugee numbers since Prime Minister Rajoy’s visit to Germany last week to meet with German Chancellor Angela Merkel, as well as his meeting on Friday with British Prime Minister David Cameron, and the country is expected to agree to take more refugees following the worsening crisis.

The exact number is expected to be decided during Monday’s first meeting of the Spanish government’s inter-ministerial committee on the refugee crisis – which is made up of seven ministries and presided over by vice-president Soraya Sáenz de Santamaría.

Spain has seen the number of asylum requests skyrocket over the past few years from 2,588 in 2012 to 5,952 in 2014. Spain’s Interior Minister, Jorge Fernández, said on Friday that Spain was expecting “more than 17,000 requests for asylum in 2015. Around 3,500 of these were made within Melilla, Spain's north African city enclave bordering Morocco.

As the Spanish government aims to limit the number of refugees arriving in the country, Spaniards themselves have been mobilizing to help, with over 12 Spanish cities setting up a network of places where locals can sign up to welcome refugees into their homes.