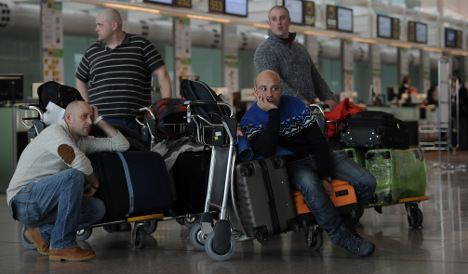 Train worker unions began a 24-hour strike on Friday while the first in a series of many baggage handler strikes also launched ahead of the weekend.

Train workers are disgruntled after the unions and train operator Renfe failed to come to agreement on working conditions, including about outsourcing workloads and hiring new personnel.

Renfe added that for those passengers whose trains are cancelled, they will be offering alternative trains, whenever possible. For those who do not wish to take the alternative trip, they may cancel or change their ticket to another date without an extra cost.

Easyjet and Vueling passengers will be affected by baggage handlers going on strike across Spain, starting at Madrid-Barajas airport on Friday.

Further strikes at other major airports are set to follow, including on Saturday in Málaga, Sunday in Barcelona, and on Monday in Alicante and Mallorca.

Even more strikes are planned at each airport through the rest of the month.

Easyjet warned passengers this week that if they are traveling between any of the airports affected, they should prepare for delays.

“Please allow some extra time to get to the gate in time for your flight, as areas such as bag drop could be busier than usual,” Easyjet said in a statement on Thursday.

Vueling recommended that passengers check in online beforehand, get to the airport earlier and travel with hand luggage.