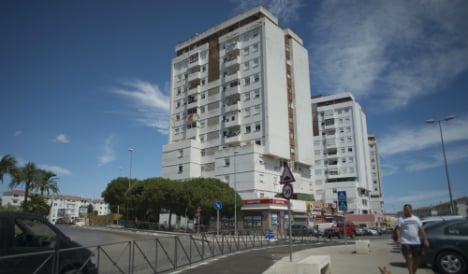 Officers searched an apartment in the southern city of Algeciras on Tuesday morning at the request of the French courts which are investigating the August 21st attack, a police source told AFP.

The apartment is home to the parents of Ayoub El Khazzani, who is accused of launching an attack on the train armed with a pistol, an assault rifle and 270 rounds of ammunition.

French prosecutors have brought terrorism charges against the 25-year-old Moroccan, accusing him of a “targeted and premeditated” attack on the Amsterdam to Paris train after he stepped out of a toilet cubicle with an assault rifle, 270 rounds of ammunition and a Luger pistol strapped to his chest.

He was quickly overpowered by a group of French, British and American passengers, who have since been awarded France's top honour, the Legion d'Honneur.

The Spanish police source said that El Khazzani's parents had been to a police station to make a statement but had not been formally detained.

Their apartment is in the El Saladillo district of Algeciras, a southern port just a 90-minute ferry ride across the Mediterranean from Morocco.

El Khazzani was born in northern Morocco and moved in 2007 to Spain, where he was convicted at least once on drugs charges. Spanish authorities said they had flagged him as radicalised and potentially dangerous before last month's attack.