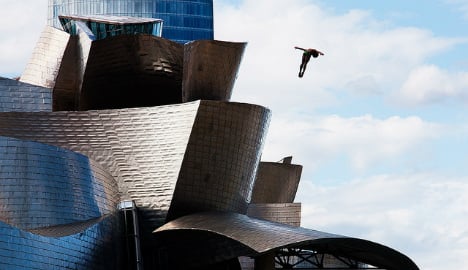 Showcasing everything from clothes to cosmetics, Madrid’s fashion week might not quite be up there with London or Paris but offers an opportunity to analyse some of Spain’s finest designers.  The show includes new designs on the catwalk from stalwart pros such as Agatha Ruiz de la Prada as well as debuts from new and upcoming designers such as Xavi Reyes. In late September San Sebastian proudly host their world famous film festival.  It will be opening with the world premiere of Alejandro Amenábar’s new film, Regression, a thriller starring Ethan Hawke and Emma Watson which is bound to draw in large crowds. On a quirkier note, the festival shall end with Rufus Norris’ London Road, formerly a musical at London’s National Theatre about the Ipswich prostitute murders, that has been adapted to film.
Music Paloma Faith will be among those perfoming. Photo: Phil Richards /Flickr

Well it's not Spain but just a hop across the border for a chance to see Duran Duran, Paloma Faith and Kings of Leon in what will be Gibraltar’s first music festival.  Not a bad line-up at all for a first-time affair, so take advantage of the present as ticket prices are sure to soar year on year. Prefer Spanish music? Have no fear – amongst the many music festivals on in Spain this September, Galicia’s offering of alternative music seems very varied for the humble price of €30. Red Bull are holding the final for this bonkers world series in the northern city of Bilbao.  It’s the 50th Cliff Diving World Series, meaning that Red Bull are sure to pull out all the stops.  With the Guggenheim in the background, it’ll be a feast for the eyes of spectators and an awesome view for the cliff diving elite.