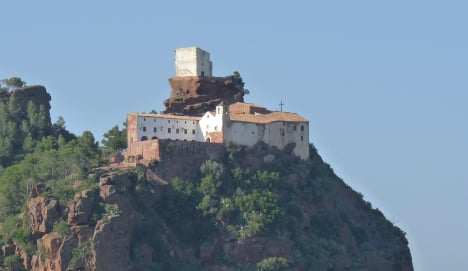 Our Lady of the Rock is advertising for a hermit to live in the sanctuary for a year. Photo: Tabalot/Wikimedia

Ever just wanted to get away from it all? Well, now is your opportunity as a hilltop sanctuary in northeastern Spain is advertising for its very own hermit.

Our Lady of the Rock (Mare de Déu de la Roca), which sits on a rocky outcrop high above the town of Mont-roig del Camp in Catalonia, uploaded the unusual job advert to its Facebook page on August 18th.

The year-long position includes free accommodation and consists of “guarding and looking after” the sanctuary and offers a stipend of €1,000 for the year.

The job is open to “anyone who is over 18 years old” and requires the successful applicant to carry out “all the proper functions of a hermit” which include keeping the hermitage in a good state of conservation during his or her “continuous and permanent” year-long residency.

While the job title of hermit might bring to mind a robe-wearing monk who shuts himself away from the world, the successful applicant at Our Lady of the Rock will actually be required to interact with the public on a regular basis, dealing with the sanctuary’s catering and accommodation services and guiding visitors around the religious site.

“The hermit must possess knowledge of the history of Our Lady of the Rock,” the job advert states, adding that one of their responsibilities will be to “describe the traditions and customs to people who visit the sanctuary”.

The hermitage includes a small chapel carved into the rock of red sandstone. The first written mention of the chapel comes from 1299, while a flagstone in the chapel is inscribed with the year 1591. A second chapel, dedicated to Sant Ramon, is perched even higher up the rock and whitewashed to guide sailors out at sea.

The chapel was immortalized by Spanish painter Joan Miró in his 1916 painting Mont-Roig, Sant Ramon, which depicts the chapel from afar.

The sanctuary is also eager for applicants to be pure in spirit, stating that they should always “keep in mind the religious and cultural character of the sanctuary” and “leave all uncivil or immoral activity outside”.

Applicants must be fluent in Catalan and “have a good grasp of at least one other language”.