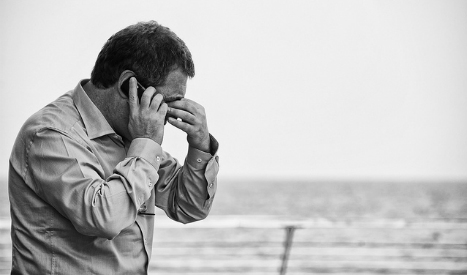 The man's parents received threats that their son was going to be killed or have his legs chopped off. Photo: Alon/Fickr

Some children complain they do not get enough pocket money, but one young Spaniard has gone to incredible lengths to get a few more euros from his parents: faking his own kidnapping.

The father of the man, who has not been named but is thought to be in his twenties, contacted the branch of Spain’s National Police in the south eastern city of Cartagena on Friday to report that his son had been kidnapped.

He told police that the kidnappers had made contact with both him and his wife and had asked for a ransom for their son’s safe release.

The police immediately launched a search for the boy, which included drafting in a police negotiator to help deal with the supposed captors.

The “kidnapper” issued several threats to the parents, including that he would kill their son and “chop off his legs”, according to a report in La Informacion newspaper.

What they did not realise was that the “kidnapper” they had been talking to over the phone was actually an accomplice of their son, the boss of a local poker hall where the son had racked up debt.

The parents spoke to their son on one occasion, when he urged them to pay the ransom or else “they were going to kill” him.

Once the police operation to find the kidnappers was well underway, and perhaps in a state of panic, the son returned home, “safe and well” according to his parents.

Police became suspicious the incident had been a false kidnapping and, under questioning, the son confessed that he had faked his own kidnap.

Both the son and his accomplice were arrested and are currently awaiting charges.

It is not the first instance of “fake kidnapping” in Spain. In what must make Cartagena the centre of false kidnappings in Spain, a 28-year-old woman was arrested in the city in June 2015 after faking her own kidnapping in order to get money out of her partner.