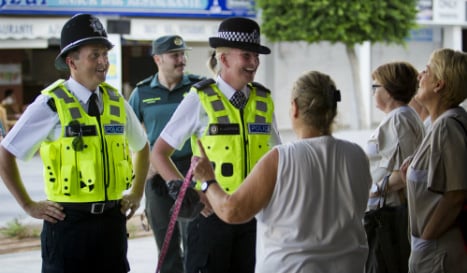 “This service with undoubtedly improve police attention given to British tourists, making them feel more at home,” a spokesman for Benidorm's town hall told The Local.

Over one million British people holiday in Benidorm every year, while the resort also has 6,000 permanent British residents.

The British police officers could be in Spain “by next summer or before” according to Moragues.

The move comes after a two-week trial in early August which saw British police patrol the notorious holiday spots of Magaluf in Mallorca and San Antonio, Ibiza, with the aim of dealing with disorderly British revellers.

But the presence of just two British police officers without the authority to make arrests on the islands fell under widespread criticism for being insufficient to tackle the enormity of the trouble caused by misbehaving Brits.

The new initiative in Benidorm will be part of an exchange that will also see officers from Spain’s National Police Force go to Britain, to “areas where there are more” Spanish nationals.

The intention of sending British officers to traditional party hotspots popular with young Brits has been “to remind British tourists of the importance of observing local laws and customs,” according to the British Embassy.

Mayor of Benidorm, Toni Pérez, told The Local that “security is a priority for Benidorm council” and vowed to improve the attention focused on foreign tourists, and “British tourists in particular”.

The British police may well be helpful in cracking down on the latest crimewave to hit the streets of Benidorm.

The Costa Blanca resort has recorded a spate of fines handed out to those illegally riding mobility scooters.

In scenes reminiscent of British comedy Benidorm, a total of 30 fines have been handed out this month alone, with many people riding the scooters in “booze fuelled races” according to Britain’s The Daily Mirror.

The fines of between €36 – €65 were brought after the local council complained that over 500 mobility scooters were on the resort’s streets every day.

People under the age of 55 with no physical disability are banned from riding the scooters by law in Benidorm. 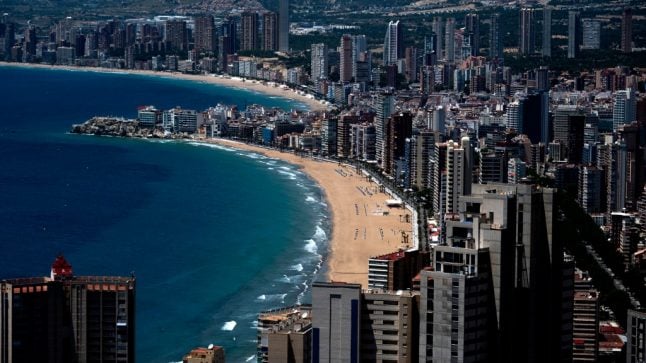