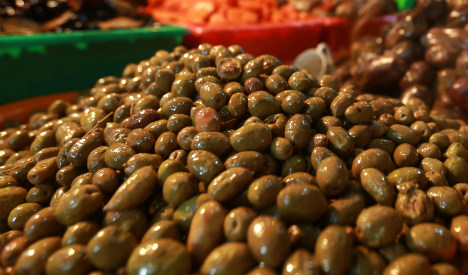 Ten kilos of the drug were found in capsules the size of olives. Photo: AFP

The three plastic jars, containing a total of 10 kilos (22 pounds) of hashish, were discovered inside a car coming off a ferry from Tangiers in northern Morocco, police said in a statement on Thursday.

Each hashish capsule was barely bigger than an olive.

Police arrested the driver of the car and his passenger.

In recent years, police have found cocaine inside breast implants, a wig, hollowed-out pineapples, a plaster cast encasing a man's broken leg as well as inside a 42-piece crockery set.