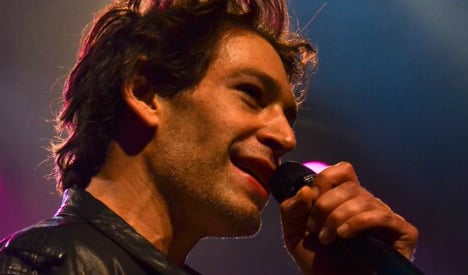 The Jewish American rapper has been banned from performing at the Spanish festival. Photo: Matisyahu/Facebook

The Spanish government issued a statement 'condemning' the decision to drop Matisyahu, a US-born Jewish rapper, from the music festival after the move provoked a storm of critism from both Israel and the United States.

Organizers of the Rototom Sunsplash festival in Benicàssim, on Spain’s east coast, disinvited the American hip hop artist from performing on Saturday after he refused to make a statement on Jewish-Palestinian relations in Israel.

The move came after pressure from Boycott, Disinvestment and Sanctions against Israel (BDS), a campaign organisation started in 2005,  for the rapper to state his views on the Israeli-Palestinian conflict.

Matisyahu, who is an American citizen and does not hold an Israeli passport, refused to issue a statement on his views, writing on his Facebook page:

“I support peace and compassion for all people. My music speaks for itself, and I do not insert politics into my music. Music has the power to transcend the intellect, ideas, and politics, and it can unite people in the process.” According to Matisyahu, real name Matthew Paul Miller,  the festival organizers “kept insisting I clarify my personal views; which I felt like clear pressure to agree with the BDS political agenda”.

“Honestly it was appalling and offensive,” the rapper wrote on Facebook, “that as the only publicly Jewish-American artist scheduled for the festival they were trying to coerce me into political statements.”

Matisyahu wrote that he felt he was being singled out by the BDS País Valencià movement, who had not requested that any other performers make a similar public statement on the politics of Israel.

The pro- Palestine group celebrated the decision to drop Matisyahu from the bill as a “victory for Palestine, solidarity and dignity”.

The actions of the organizers of the event – which receives public funds – have been condemned by the Spanish government, which has been trying to make amends for Spain’s historical maltreatment of its Jewish communities.

In June lawmakers corrected an “historical mistake” by approving a law to allow the descendants of Spanish Jews expelled during the Spanish inquisition to claim dual citizenship.

The move has provoked a strong reaction from the international press, with Time magazine writing about “the wave of anti-Semitism sweeping across Europe” and the Times of Israel citing a 2014 University of Tel Aviv report which found that “the rate of anti-Semitism in Spain is one of the highest in Europe”.

Spain's foreign ministry released an official statement on Tuesday evening, condemning the actions of festival organizers which “called into question the principle of anti-discrimination that is at the heart of diverse societies.”

The move has also been “strongly condemned” by the Israeli Embassy in Spain while the Federation of Jewish Communities in Spain is considering legal action against the festival.

The US embassy in Madrid labeled the entire episode “troubling”.

“Freedom of expression is enshrined in the United Nations’ Universal Declaration of Human Rights.  It is the policy of the United States Government to promote and defend the protection of these fundamental freedoms,” the embassy said in a statement released on Wednesday.

“Reports regarding the cancellation of Matthew Miller’s (Matisyahu’s) performance at the Benicassim Rototom Festival are therefore troubling.  We welcome the statement issued by the Spanish Ministry of Foreign Affairs and vigorously defend the right of all individuals to freely express their views.”

Festival organisers took to Facebook, denying that they had cowed to the boycott movement.

“We did not say no to Matisyahu because he has Hebrew roots or as a Zionist, but we just simply considered inappropriate organising something that would certainly generate a conflict,” they said.