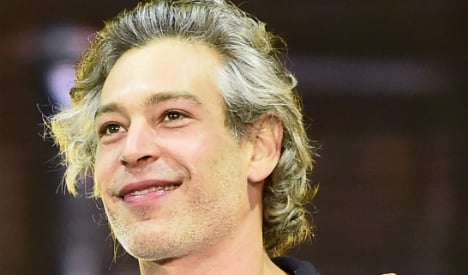 The Jewish-American musician has been re-invited to the Spanish festival. Photo: Tobias Schwarz/AFP

The organizers of the reggae festival in the Valencia region issued an apology to Matisyahu and rejected accusations of “anti-Semitism”.

“Rototom Sunsplash rejects anti-Semitism and any form of discrimination towards the Jewish community; we respect both their culture as religious beliefs and we sincerely apologize for what has occurred,” the organizers said in a statement issued on Wednesday.

Matisyahu has been invited again to perform on August 22nd.

“Rototom Sunsplash admits that it made a mistake, due to the boycott and the campaign of pressure, coercion and threats employed by the BDS País Valencià because it was perceived that the normal functioning of the festival could be threatened. All of which prevented the organization from reasoning clearly as to how to deal with the situation properly,” the statement explained.

Organizers of the Rototom Sunsplash festival in Benicàssim, on Spain’s east coast, had disinvited the American hip hop artist from performing on Saturday after he refused to make a statement on Jewish-Palestinian relations in Israel.

The move came after Boycott, Disinvestment and Sanctions against Israel (BDS) campaigned against the performance, accusing Matisyahu of being anti-Palestinian and a “Zionist” who supports the practice of “apartheid and ethnic cleansing.”

Festival organisers then asked the singer to declare if he was in favour of a Palestinian state, and when they got no reply cancelled his show.

Matisyahu, who is an American citizen and does not hold an Israeli passport, refused to issue a statement on his views, writing on his Facebook page:

“I support peace and compassion for all people. My music speaks for itself, and I do not insert politics into my music. Music has the power to transcend the intellect, ideas, and politics, and it can unite people in the process.”

According to Matisyahu, real name Matthew Paul Miller,  the festival organizers “kept insisting I clarify my personal views; which I felt like clear pressure to agree with the BDS political agenda”.

“Honestly it was appalling and offensive,” the rapper wrote on Facebook, “that as the only publicly Jewish-American artist scheduled for the festival they were trying to coerce me into political statements.”

Matisyahu wrote that he felt he was being singled out by the BDS País Valencià movement, who had not requested that any other performers make a similar public statement on the politics of Israel.

The pro- Palestine group celebrated the decision to drop Matisyahu from the bill as a “victory for Palestine, solidarity and dignity”.

The Spanish government had spoken out to condemn the decision to cancel the artist amid outrage from Jewish groups and the Israeli and US embassies in Madrid.

FESTIVAL
The crazy ways to celebrate carnival in Spain
Url copied to clipboard!