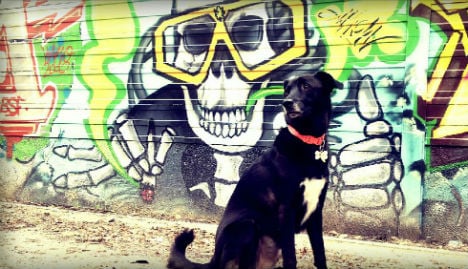 The Catalan city plans to use DNA analysis of dog droppings to track down errant owners who fail to clear up their pet's mess, local officials said on Monday.

The coastal Mediterranean city will work with a local university to create a DNA database of registered dogs that could be used to identify its owner, Ivana Martinez, the city's city councillor for public spaces, told news radio Cadena Ser.

Droppings found on the street or in parks can then be matched through the DNA database to a registered pet and its owner issued with a fine, she said.

“Right now, unless the police is at the scene and the right moment, it is very difficult to know who is breaching the rules,” Martinez said.

Pet owners will have to cover the cost of the DNA testing in addition to paying a fine.

Martinez said the city wanted the database to be up and running “as soon as possible” but did not provide a date.

Tarragona, a city of some 135,000 people which is known for its wealth of Roman ruins including a seaside amphitheatre, has just over 2,800 registered dogs, according to city hall.

The issue of dog poo is one that has vexed town councils across Spain.

A similar scheme was launched in the Basque town of Hernani and in Colmenar Viejo near Madrid the town council hired a private detective to track down culprits.

Nearby Brunete pioneered a scheme that saw excrement left in the streets mailed back to the pet owner's home.