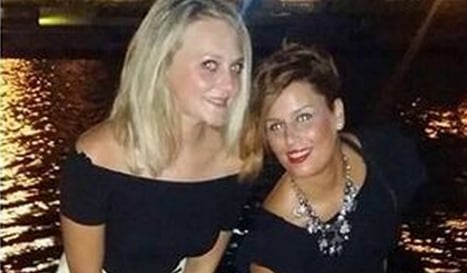 The bodies of Laura and Marina were discovered near a river. Photo: Appeal poster

The remains of Laura del Hoyo, 24, and Marina Okarynska, 26, were discovered by a cyclist on Wednesday even six days after they disappeared in Cuenca.

Police have launched an international manhunt for Sergio Morate, the ex-boyfriend of Okarynska who the girls went to visit on the night they went missing.

The two women were discovered at the source of the river Huécar, three kilometers outside the Castilla La Mancha town of Palomera, where the family of Morate had a home.

The police believe that Morate, who is around 30, may have fled to Italy in a Green Seat Ibiza, registration 1062 CPF.

Police are awaiting the results of the post-mortems on the women but sources suggested that “they had not been killed using a firearm” according to Spanish newspaper El Mundo.

Spanish media widely reported that the corpses had been burned and covered in lime before being dumped near the river.