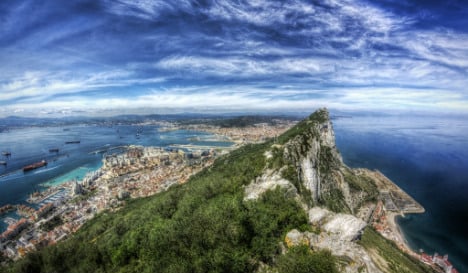 The unique dialect of Gibraltar is on the decline. Photo: Houser Wolf/Flickr

The residents of Gibraltar have long spoken a mixture of English and Spanish in their daily lives; living so close to the Spanish border has meant the British overseas territory has developed a unique variety of Spanglish known as Llanito.

But the dialect – a mixture of English, Spanish with Portugese, Italian and Jewish influences – is now under threat as younger generations increasingly live and learn in a monolingual environment.

“These days, children are taught in English in school and for the past 20 years it has been English, English, English,” Gibraltan historian and author of the world’s first Llanito dictionary, Tito Vallejo Smith, told The Local.

“We have much less contact with Spain than in the past,” he added, “in the past mothers were Spanish and children spoke English and they communicated in a mixture of the two which was Llanito.

“Nowadays all the mothers speak English,” he added. The dialect originally came about because of the need for workers of different nationalities, who came to Gibraltar, to communicate effectively. They knew little bits of both languages so melded them together to form Llanito.

“Spaniards, the British, the Portuguese..they used Llanito – a mixture of all those languages – to communicate,” Vallejo told The Local.

“That is why many Llanito words are work-related, and these are the ones which are dying out the fastest because these days everyone works in English.”

But while some see the decline of llanito as a natural consequence of modern times, there is a view that renewed tensions with neighbouring Spain are accelerating that decline.

“The damage that Spain has inflicted on Gibraltar with its insults and constant bullying makes it a language of the oppressor,” a source close to the government of Gibraltar told The Local.

While Gibraltar, a tiny territory on Spain's southwestern foot, was ceded to the British by Spain under the 1713 Treaty of Utrecht, Spain still claims sovereignty over the territory and surrounding waters.

After a diplomatic thaw towards Gibraltar under the socialist government of Jose Luis Rodrigues Zapatero, tensions over the Rock have escalated since the Popular Party of Mariano Rajoy came to power.

A dispute over fishing rights, controls imposed by Spanish at the border and countless “incursions” by Spanish police and military vessels into British Gibraltar Territoral Waters – waters not recognized by Spain – have led to noisy complaints from the UK government to Spain and vice-versa.

A Cervantes Institute opened on the Rock in 2011 was closed earlier this year, a victim of the breakdown in relations and a move that many fear will have a lasting impact on Spanish being spoken and as a result the survival of Llanito.

“While the government does what it can to encourage Spanish – it is taught in schools here – it is being spoken less by young people and that is a real shame,” said the Gibraltar government source.

“Mr Margallo (Spain’s foreign minister) has not helped by withdrawing the Cervantes Institute from the Rock, which was really the only official cultural link here with Spain,” he explained.

“It means inevitably that links with the UK are strengthened even more and adds to the dominance of the English language here,” he added.

For Vallejo, the expert on Llanito in Gibraltar, the dialect will continue but in a different form, more as the odd loan word peppering sentences of English.

“People here do want to keep Spanish,” he told The Local.

And while younger generations might not grasp the dialect, older Gibraltarians enjoy using it to wind up their grandchildren:

“Older people often use Llanito words in conversation when they don’t want the younger generation to understand what they are talking about which causes a lot of 'Grandma, what are you saaaaaying?',” laughs Vallejo.

English: Yes, but at the end of the day

Llanito: Si, pero at the end of the day

English: Man, I'm telling you that I can't