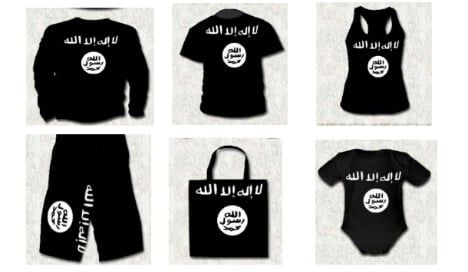 The man, from Narón, a town in the northwestern region of Galicia, was arrested on Tuesday evening by officers from Spain’s National Police on charges of “inciting jihadist terrorism” and “humiliating the victims of terrorism”.

The man owned a shop, which also operated online, that distributed material related to Islamic State all over Spain and Portugal, according to Spain’s Interior Ministry, which added that the man was also accused of inciting terrorism.

Material sold in the shop included T-shirts bearing pictures of Isis executions, as well as other items of clothing that featured emblems of Isis, as well as the organization Harakat Sham al Islam – a jihadist group that has been active during the Syrian civil war.

The man, who was active on social media, often displayed radical views in line with various terrorist organizations that could, according to Spanish authorities, incite others to commit terrorist acts.

According to Spain’s Interior Ministry, the man published an image of the execution of British aid worker, Alan Henning. Isis released a video of the former taxi-driver’s beheading on October 3rd 2014.

The image on Facebook was accompanied by T-shirts the Spaniard was selling in his online shop which included images of Henning’s execution. The Spanish citizen was selling sweatshirts for €16 ($18) and T-shirts for €14.

Police searched his home and place of work, seizing various documents and items that are currently being analyzed.