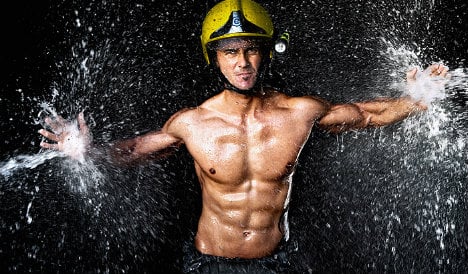 The head of the fire brigade in the town of Ronda in Malaga has lost his job after taking the term “perks of the job” a bit too far and using one of the brigade’s fire engines to fill up his private swimming pool.

The Provincial Consortium of Firefighters (CPB) has opened an investigation into the incident as well as taking disciplinary action against Juan Pimentel (pictured below), head of CPB Manuel Marmolejo told Spanish news agency EFE.

The senior firefighter had filled his pool “on several occasions” according to Marmolejo and was discovered after the CPB received an anonymous tip off.

When he was questioned, Pimentel alleged that his fire engine’s 8000 litre tank was cracked and that he had had to empty its contents, which he did into his private swimming pool.

“The firemen told me the tank was broken and was losing water,” he told regional newspaper Diario Sur.

“The mechanic who came to fix it told me we had to let some water out and I thought I would put it in my pool so we didn't waste the water.”

“I acted in good faith so as not to waste so much water,” he said.

Now the town is awaiting the appointment of a new fire chief, while the alleged water thief could face heavy penalties for his actions.