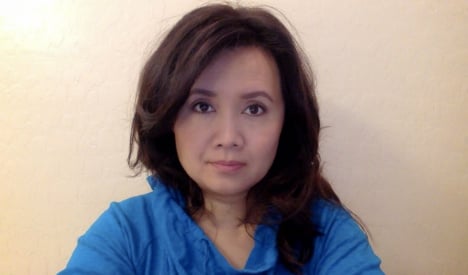 After receiving little news with regards to the search for their missing daughter, Thiem’s worried parents, Dalia and Seng, have now written personally to Prime Minister Mariano Rajoy, pleading with him to give them news:

“We are writing to implore you to tell us what Spanish police think happened to our daughter when she disappeared on April 5, 2015 while walking the Camino de Santiago near Astorga. Is there any reason to hope she is alive?”

The letter, which has been published in Spanish daily El Mundo, continues:

“Denise chose to walk the Camino de Santiago believing that the Camino was safe, but her disappearance suggests otherwise. We assume the Spanish police are exemplary public servants, highly skilled professionals, and dedicated to accounting for our daughter.

“At the same time, we are weary and exhausted from the mental and emotional strain of not knowing what happened to Denise. As the father of two children, surely you can empathize with our situation.”

Spanish police appealed for information in late April, after the American citizen had been missing for 20 days.

The alarm was raised by Thiem’s brother, Cedric, who posted a message on a Camino de Santiago forum asking other travellers for help. “My sister’s name is Denise Thiem, she's a Chinese American woman. Also known as Arizona.

“The reasons I'm worried is because I haven't communicated with her since the April 1st. I checked her email accounts and April 4th was time she done anything and 6th April when she last had any bank account activities,” he wrote.

Thiem’s family released a YouTube video urging anyone with information to get in touch, but, in the three months since their daughter’s disappearance, have received precious little news, despite contacting the US Embassy in Spain and the country’s national police.

“The American Embassy has consistently told us that we must rely solely on the Spanish authorities for any information on our daughter. It has promised that the Spanish National Police (SNP) would update us whenever there is new information. While the SNP has asked us questions, it has yet to provide any reports or updates.”

The family go on to urge Rajoy to intervene: “we implore you to direct the Minister of the Interior to communicate directly with us”.

The Thiem family have called on powerful US political figures to help them in their quest to find out what has happened to Denise.

They approached Arizona senator and former Republican presidential candidate, John McCain, who has written to Secretary of State John Kerry, as well as the head of the FBI, James Comey and Mariano Rajoy on behalf of the family.

The Thiem family are hoping the FBI will get involved in the case, and while the US security service is helping with the investigation in an informal capacity, it cannot officially work on the case without receiving “an official request from the Spanish government”, according to El Mundo.

In a letter sent to Rajoy dated August 3rd, John McCain urges the Spanish Prime Minister to “request immediate assistance” from the FBI, which “has significant resources to assist in the investigation”.

Denise would have celebrated her birthday last Friday, and while her parents struggle with a lack of information, they hope the latest letters might drive the investigaton forward.