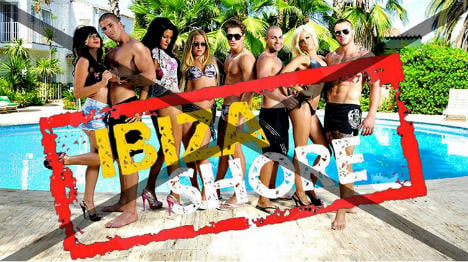 Locals launched a campaign against the reality show. Photo: change.org

Filming of the latest spin-off of the successful Jersey Shore programme was due to start next week but MTV announced on Friday that they had called it off.

“Due to circumstances beyond our control, we will no longer be shooting the next installment of the Shores franchise on Ibiza,” read a statement sent by Viacom, MTV's parent company to The Local.

“There are many shores beyond Ibiza’s, and we’re happy to take production to another beautiful destinatio,” it said.

The decision will be seen as a victory by authorities and locals who vehemently opposed the show since filming was announced in early July.

MTV have cancelled their plans to film Ibiza Shore on the island. Great news for Ibiza and people power #Ibiza #IbizaShore #MTV #ibiza2015

The proposed show would have continued the now well-known format of following a group of young extroverts on their booze-fueled exploits as they suffered the trials and tribulations of friendship and love, or at least sex.

But Ibiza authorities were so worried about the damaging image it might give of tourism on the island that it had vowed to withhold cooperation and called for all businesses to boycott production of the shore.

Although the island's government said it was powerless to outright ban the show from filming on the island it said it would not do everything legal to block filming and would not process the necessary filming permits.

“This is a programme that only seeks to degrade the image of certain tourist destinations, and even that of the people that participate in it,” said  Gloria Corral, tourism councillor for the island.

While Vicent Torres, the regional president of the Balearic Islands siad: “If we can stop it we will”.

A change.org petition calling for filming of the show to be cancelled garnered almost 25,000 signatures.

But the statement from Viacom suggested that not all had been opposed to filming and that they had found collaborators on the island.

“We want to thank all the local businesses that were looking forward to taking part, we hope to work together again in the future,” the company said.

The “Shore” format has become one of MTV’s most successful in the last decade with versions filmed all over the world, including Geordie Shore in the UK, Warsaw Shore in Poland and Acapulco Shore in Mexico.

In 2012, Spain had its own version, Gandia Shore, which was filmed on the mainland in a resort near Valencia. It too raised concerns that it tarnished the image of a family resort and was dropped after only one season.