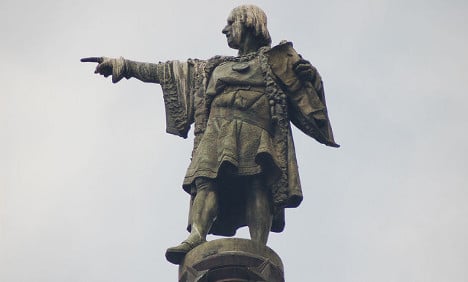 Historians with the separatist-leaning Institute Nova Història say that for centuries, Castilian Spanish leaders have ignored or downplayed the role of Catalonia in the country’s history, including that some of the country’s more famous figures came from the northwestern region.

“Basically, we are studying the censorship of the state,” Jordi Bilbeny, director of investigations at the institute told The Local at the start of conference on historical censorship.

Bilbeny said that Castilian leaders have for hundreds of years tried to take credit for the accomplishments of Catalan people.

“It’s an historical theme that has become political. No one is writing about this. No one knows about the true history,” he said. The institute is holding seminars this week in Montblanc, Tarragona where presentations include questioning whether Miguel de Cervantes’ famous Don Quixote – widely considered the first modern novel – was in fact actually originally written in Catalan.

One historian will argue that linguistic errors in the text point to the possibility that Don Quixote was translated into Castilian from Catalan.

The Catalan region has won autonomy rights from the Spanish state since the death of dictator Francisco Franco, whose policies were often repressive toward the Catalonian people’s culture, politics and language in the name of a unified Spanish identity.

But the independence movement has strengthened in recent years, with regional Catalan president Artur Mas calling early elections in September to serve as a proxy vote on independence.

Another topic discussed at the institute's seminar is the origins of the so-called discoverer of the New World, Christopher Columbus.

Bilbeny, who studied the development of languages and has a PhD in modern history, has presented early documents that, for example, he says show Columbus’ original name was Colom – like Colombia – which has Catalan origin.

“There is still fear that exists today,” Bilbeny said. “There are documents that academics have not seen, or do not want to see.”

But Joaquim Coll, vice-president of pro-Spanish unity association Societat Civil Catalana, told Spanish daily El Mundo that considering the arguments of the Institute Nova Història to be scientific would be “too generous”.

“It is a history by enthusiasts with clear political intentions,” Coll said. “At the least it reveals shocking results that make it possible to denounce a global conspiracy orchestrated by Spain and that the INH is then exposing it.”

“It is so absurd that it becomes hilarious,” he added.

Still, the Institute Nova Història is not alone in their assertion about Columbus. A professor at Georgetown University in Washington, DC published his own conclusions in 2009 that said based on the explorer’s writings, he must have been a non-native speaker with Catalan roots.

“Very few people know about this,” Bilbeny told The Local. “We have the right to think for ourselves… We are simply showing these documents to the public.”