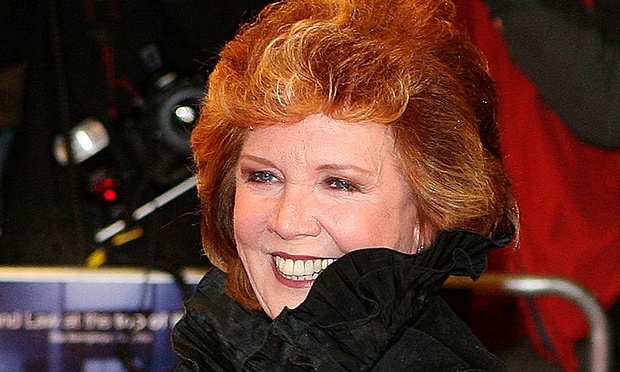 The star's three sons released the information after receiving “conclusive” results of the autopsy from judicial authorities in Spain.

The postmortem report concluded that the 72-year-old was sunbathing at her villa in Estepona when she stood up, lost her balance and fell hitting her head, which knocked her unconscious.

She subsequently died of a stroke, and would not have suffered, they said.

“We would like to thank everyone, especially the people of Liverpool. The tributes and condolences have really helped us through these difficult times.

“We are devastated by the sad loss of our mother, but have been deeply touched by all the kind messages of support from her friends, fans, the public and media,” said Robert, Ben and Jack Willis in a statement released to the media.

“The Spanish authorities have now told us we are able to bring Mum home, which we hope to do as quickly as possible.

“We would also like to thank all those involved for their assistance with this matter. We respectfully request for our continued privacy to grieve.”

Details of a funeral will be released in due course.

Tributes flooded in for one of Britain’s best-loved singers and television presenters since her death at her Spanish holiday home was made public on Sunday.

Police named the deceased as Priscilla White, the real name of the Liverpool-born entertainer who had owned her home in the El Paraiso development of Estepona since the 1980s and holidayed there every August. Neighbours at her Estepona home left tributes at the gate of her home Photo: T. Burridge

Big-hearted and full of laughs, the working-class redhead from Liverpool was a fixture on British television screens for more than 50 years, known just by her first name.

She started out working in the cloakroom at the Cavern club, where fellow Liverpudlians The Beatles were first spotted, before taking to the stage as a singer herself.

The band championed Black and introduced her to their manager Brian Epstein, who signed her.

Black released her first single in 1963 and the following year had two Number One hits, “You're My World” and “Anyone Who Had a Heart”. She went on to release 14 albums.

In 1968 she began hosting her own television talk show, beginning a broadcasting career that saw her present some of Britain's most popular programmes over half a century.

These included Surprise Surprise, a show that involved surprising members of the public with long-lost loved ones or fulfilling long-held dreams.

Another hit was Blind Date, a match-making show where she would interview each candidate with the catchphrase “What's your name and where do you come from?” Actress Joan Collins was one of the first to pay tribute, saying on Twitter that she was “sad and shocked” and adding: “She was a resplendent and rare talent.”

Scotland's First Minister Nicola Sturgeon described her as “one of my childhood idols”.

“My earliest memory of having a tantrum was over Cilla. I wanted her album. My mum and dad said no — my granddad said yes. I was 4,” the Scottish nationalist leader said.

Black was made an OBE in 1997 and last year was given a special award from the British Academy of Film and Television Arts (BAFTA), which called her an “icon”.

In its citation, BAFTA said she had hosted more than 500 television shows and made around 400 guest appearances on others, regularly drawing audiences of 18 million people.

Black was married to Bobby Willis, who became her manager and who died in 1999. They had three sons as well as a daughter who died in infancy.