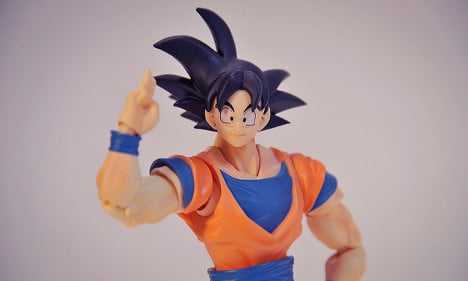 Spanish parenting blog Padres Frikis, for self-described “geek” and “gamer” parents, first confirmed on Sunday with user “JC” that his son was named and baptized Goku without experiencing any problems from authorities.

Goku was the protagonist of the Japanese animated comic series Dragon Ball, which spun off into popular television shows in the late 1980s and early 90s.

JC told the blog that he had not met with any hurdles when registering the child's name or having him baptized within the church.

“We are very happy with the name, family and friends have accepted it as well, and there were no problems at the hospital, registry, census or with the church,” wrote JC.

In Spain, the Civil Registry can reject baby names if they are somehow offensive to the child or are “concepts that do not identify with human beings” such as inanimate objects.

Churches may also reject baptizing a child if its name does not come from the Bible.

During the dictatorship of General Francisco Franco who died in 1975, babies born in Spain had to be given a first name that appeared on an approved list of Catholic names.