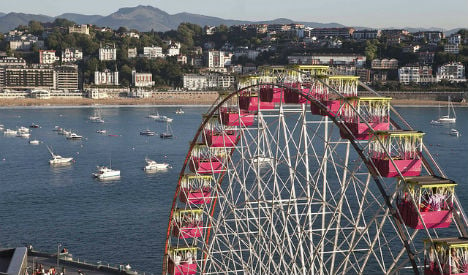 San Sebastian has a week of festivities in August. Photo: Donostiako Festak / Flickr

San Sebastián’s “big week” offers a wide range of activities for children and adults. Besides bullfighting and live music (rock, pop, jazz, classical), the event is largely known for its International firework contest – the main attraction of the week. This year the likes of Enrique Iglesias and Anastasia will perform alongside Andrea Bocelli and the Village People.