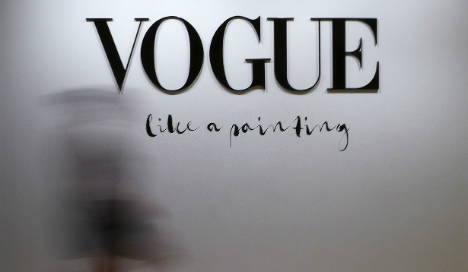 The Thyssen Museum is the third corner of the Spanish capital’s famous “golden triangle of art” along with the Prado with its portraits by Velazquez, and the Reina Sofia, home of Picasso's acclaimed Guernica.

In its latest exhibition, Vogue Like a Painting, the gallery is stepping away from its traditional exhibits to fuse high art with high fashion.

The museum first ventured into fashion as recently as October 2014, with an exhibition dedicated to French fashion designer Hubert de Givenchy.

The Thyssen showed a selection of the designer’s creations from 1952 – 1996 including the iconic black dress worn by Audrey Hepburn in the 1961 film Breakfast at Tiffany’s.

Buoyed by the success of the Givenchy exhibition, the Thyssen is now showing Vogue Like a Painting, which merges fashion and art even further, not only celebrating the beautiful clothes and shoes but the painters and artists who inspired the fashion photographers. The exhibition displays sixty fashion photographs from the archives of Vogue magazine that have been inspired by classical paintings.

Taken by eminent fashion photographers of the 20th and 21st centuries who have taken inspiration from artists right back to the 16th century, the photographs reflect devices commonly used by painters, including theatrical settings, dramatic lighting and carefully staged compositions.

From photographic recreations of still lifes to eighteenth century British group portraits, the exhibition covers a plethora of artistic styles.

Even classical paintings are emulated, like Erwin Blumenfeld´s photographic recreation of Johannes Vermeer´s Girl With a Pearl Earring.

The photographers use beautiful settings, colours and styles to evoke famous paintings that please the eye of both an art critic and a fashion lover. Mixing art and fashion is not the only way Madrid’s museums have been pushing the boundaries and bringing in new influences.

The innovative Touching the Prado is the first exhibition focused on the visually impaired, inviting visitors to touch copies of the paintings exhibited in Madrid’s most famous museum.

The Prado is also becoming more technologically savvy: branching out into iTunes as a way to promote the museum’s collection online.

Meanwhile over at the Reina Sofia, the modernist museum’s outdoor terrace has been transformed into an open air cinema for their Scene Games activity programme that celebrates Latin American cinema.

Vogue: Like A Painting is running at the Thyssen Museum until 12th October 2015.