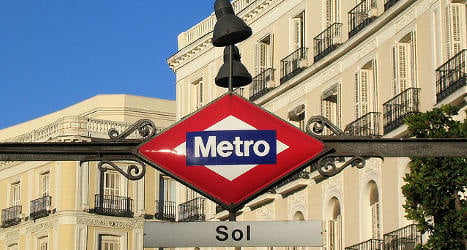 Living in Madrid and commuting would save you at least £400 a month. Photo: Shutterstock

To illustrate the extent to which the London housing crisis is worsening Jowell's team worked out how much a worker would have left in their pockets if they commuted to the City from Madrid instead of Camden. And the answer was £4,824 (€6,855) a year to be exact.

“Londoners are now paying so much to landlords that they could be better off commuting from Madrid than staying in London,” the mayoral hopeful said on Tuesday.

Based on the average cost of commuting from say, a one-bedroom flat in Camden Town to a job in the City one would be better off setting up home in Madrid and flying the 1,500 mile return trip four times a week by booking in advance to get the cheapest fares.

It's not an entirely original concept by Jowell's team as with house prices so high in London people have long been considering alternatives abroad.  The Local first explored the concept of Barcelona becoming London's newest suburb in October 2013.

Life in Spain has many advantages including the fact that it is among the cheapest in the European Union for expat living.

Of course there are dozens of reasons why living in Madrid might be preferable to London, not least the sunshine, the cost of a beer and the free tapas.

Who wouldn't want to swap expensive London for a city where the average price of a coffee is €1.37, and a caña – small beer – is €1.59, according to Spain's consumer organisation Facua.

And with three-course lunches offered at local restaurants for around €10 and a minimum metro fare of €1.50 you´ll have plenty left over to enjoy some shopping.

Imagine spending Sunday mornings browsing antiques at Madrid's Rastro instead of fighting through the crowds of tourists at Camden's Lock.

Or strolling in the October sunshine through the Retiro park instead of braving a gale on Hamsptead Heath.

If the extra £403 (€572) a month you will have in your pocket each month sounds tempting, take a look at what you can get for the same price as a one-bed in dingy Camden Town.

Seven reasons why Spain is the greatest place on Earth