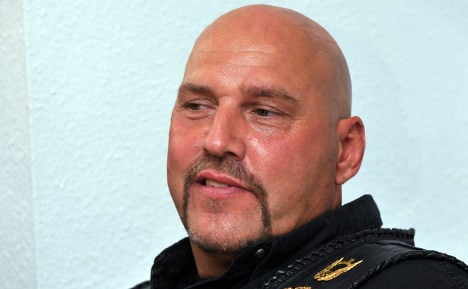 The National Court in Madrid released Frank Hanebuth, suspected to be one of the top Hells Angels in Europe, and his alleged number two Khalil Yousafi, after they each paid bail of €60,000, the source told AFP.

Hanebuth had been in detention pending investigations since being arrested two years ago on the Mediterranean resort island of Mallorca along with 24 other suspects, in one of a series of Spanish raids against the gang.

He and Yousafi are accused of membership of a criminal gang, money-laundering, extortion and prostitution-related crimes among other charges, the source said.

Police said at the time of the arrests that they suspected Hanebuth controlled the group's activities from the island, where he owned a home worth an estimated €2.5 million.

In September 2013 police also arrested four Canadian members of the Hells Angels in northwestern Spain and a further five people on Mallorca, all suspected of smuggling cocaine into Spain from Latin America.

Spanish police later that year also arrested a British man and a Dutchman suspected of links to the Hells Angels in Belgium.