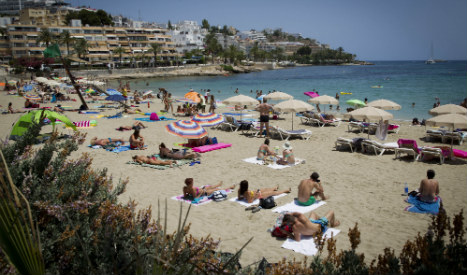 Tourists on a beach in Spain. Photo: Jaime Reina / AFP

We at The Local took a look through the reviews of some of Spain's most popular destinations on TripAdvisor and were left in equal parts baffled and entertained.

Here are but a few:

“A fantastically ugly pile of kitsch” “Worst museum in the world” “It’s nice, but there is no furniture” Restaurant Botín, Madrid (The oldest restaurant in the world) “If you'd have blindfolded me, drugged me put me on a plane to Ibiza smuggled me into the club, taken off my blindfold and asked me where I was I may have said Milton Keynes.” See some of the outrageous comments left on TripAdvisor about Italy, France and Austria.