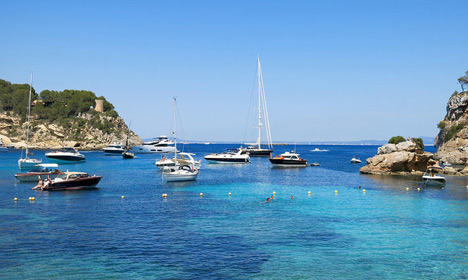 The alleged incident happened on the island of Mallorca. Photo: Kyle Taylor/Flickr

Spanish news site Ultima Hora reported on Sunday that Spanish police arrested two Danish tourists over the weekend on accusations that they had raped a 25-year-old dancer in Mallorca after drugging her with liquid ecstasy.

The two arrestees are young men aged 26 and 21.

The Spanish Civil Guard said that the alleged victim could not remember the details of the attack but awoke in the morning to find herself with the two Danes, who were both naked and had reportedly been abusing her for hours. She told the Civil Guard that she fled the room with hangover-like symptoms even though she did not drink any alcohol the night before.

The two Danes admitted having sex with the women, who works as a dancer at a local nightclub, but said that the relations were consensual. Both suspects were held in jail and then made a preliminary court appearance. Officers from the municipality of Calvià have opened an investigation.

Just last month, Spanish police arrested another Danish tourist who is suspected of having killed his wife in a popular tourist spot on the Malaga coast.