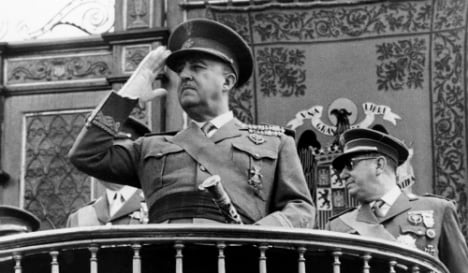 On July 17th, 1936 General Francisco Franco led a military coup that would mark the beginning of a civil war which ravaged Spain for the next three years and ushered in a dictatorship that would last until 1975.

As the sombre anniversary arrives in Spain, a number of new mayors are attempting to rid the country of the ghost of Franco, once and for all.

Barcelona’s new left-wing mayor, Ada Colau has banned a Mass from taking place at the city’s Montjuïc Castle, held since 1940 in memory of around 100 pro-Nationalists who were shot there at the beginning of the Spanish Civil War.

City Hall officials argue that the Mass violates Spain’s Historical Memory Law, because it constitutes an “act of exaltation” of Francisco Franco’s military uprising, according to El País.

While City Hall has banned the event from taking place on July 19th, just two days after the anniversary of Franco’s military coup – the catalyst for the Spanish Civil War – it has offered the event’s organizer, Amigos del Castillo (Friends of the Castle) the option of holding the Mass in a different municipal building on a different date.

Colau, a former anti-eviction activist, became the first female mayor of Barcelona in May’s regional elections, after running with Barcelona en Comú, a left-wing coalition backed by Podemos, the left-wing party that grew out of Spain’s indignados (outraged) movement. Spain’s Historical Memory Law, which was passed in 2007, formally condemned the regime of General Francisco Franco. Other provisions of the law included the removal of Francoist symbols from public places and state help in locating and exhuming the bodies of the victims of Francoist repression who still remain missing.

In the Spanish capital, another left-wing mayor has pledged a definitive break with the past by ridding the city of symbols glorifying the 36-year dictatorship of Francisco Franco.

Former communist judge Manuela Carmena has been shunning the traditional trappings of mayoral luxury since taking office barely a month ago. She prefers to take the metro rather than use her chauffeur-driven car and has given back the city council’s prized VIP box at Las Ventas bullring.

She has also won praise by vowing to rid the city of Francoist road signs, suggesting as an alternative the names of illustrious Spanish women or local heroes – the final decision lying in the hands of local people who would vote for their favourite candidate.

Madrid’s former conservative city council, which enjoyed a 24-year-rule before left-wing Carmena’s surprise win in May, failed to observe the Historical Memory Law ordering the removal of symbols of fascism.

Over 150 streets, squares and public places in Madrid still bear names that commemorate or celebrate the 1936 military coup, the Spanish Civil War and its protagonists, according to Madrid City Hall. Francisco Franco (centre) pictured during the Spanish Civil War. He led the military coup on July 17th which was the catalyst for the war. Photo: AFP

The capital city is not the only place in Spain still maintaining relics of the Francoist past. Dozens of monuments honouring his regime are still scattered across the country 40 years after his death.

Other Spanish cities such as Valencia, Zaragoza, La Coruña, Cádiz and Santiago de Compostela, have followed suit in vowing to rid their streets of any sign of Spain’s former dictator.

While many Spaniards are delighted the Historical Memory Law looks set to finally be properly implemented, the plans have received strong criticism from one – predictable – source: the Francisco Franco Foundation.

The foundation – a “defender of the work and the figure of Francisco Franco” according to its website – has threatened to sue any mayors or councils that comply with the Historical Memory Law.

Taking down Francoist road names “is not a priority compared to other problems, such as the malnutrition of hundreds of thousands of children and evictions,” the foundation said in a statement on its website.

“The Foundation declares its intention to condemn and sue any mayors or councillors who approve the removal of monuments, stained glass and shields for damaging the patrimonial artistic heritage of the Spanish people,” said the Foundation.

The foundation is also calling for the Historical Memory Law to be repealed because it “only serves to divide Spaniards and manipulate history.” 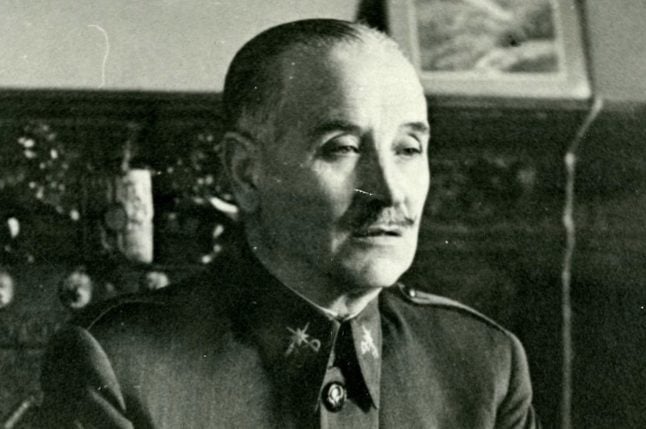