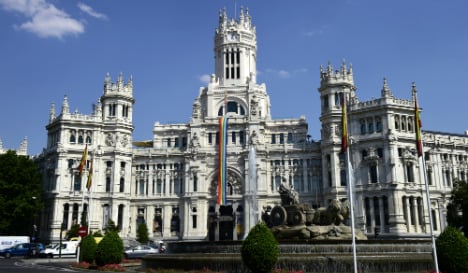 The citizen protest movement that took control of Madrid last month, supported by national anti-austerity party Podemos, has drawn heavy criticism in parts of the conservative media during its first few weeks in office.

Launched on Wednesday the website, called 'Madrid Versión Original', posts denials and clarifications of press reports but does not allow readers to post comments.

Among others things, it has denied reports that it was planning new tourism taxes, which emerged after one councillor mentioned the idea.

It also fended off a report by right-wing newspaper La Razon which claimed Mayor Manuela Carmena had hired a relative as her chief of staff.

It aims to allow “citizens and media to find the original information which gave rise to news items that… contain claims that are imprecise or require nuances”, Carmena's office said in a statement.

“It is not open to comments because it is not a forum for debate.”

The Spanish press federation FAPE warned it “could create an atmosphere of hostility towards the media” and called for the city hall to close it down.

The justice minister in Spain's conservative government, Rafael Catala, said: “This idea of official truth… has a certain aura of totalitarian regimes.”

Carmena moved to calm criticism, saying the media were “the allies of democratic transparency”.

A 71-year-old former judge, Carmena was a member of the outlawed Communist Party under the 1939-1975 Franco dictatorship and a champion of the labour movement and human rights.

She won control of Madrid city hall after nearly 25 years of conservative councils there, vowing to fight corruption and serve the poor.

She said she would take into account the criticism of the site.

Later “we will rethink what the website has contributed, what needs to be modified and what aspects we should keep.”