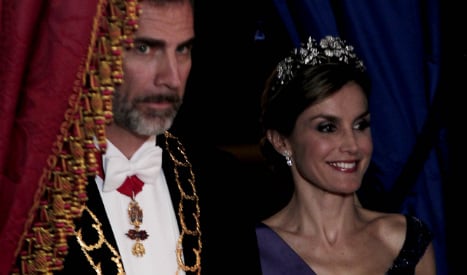 A series of the small unmanned aircraft have been spotted by palace staff during recent nights, according to a report in the online Monarchia Confidencial.

The drones have been spotted flying over a restricted area, where King Felipe and Queen Letizia live with their two daughers, Leonor and Sofia.

The security forces have been so far unable to ground any of the drones or detect to what purpose they are there, according to sources cited in El Confidencial Digital.

“The unidentified flying vehicles have caused surprise and concern among those at the Royal Guard responsible for ensuring maximum security at Zarzuela,” said the digital newspaper.

The newspaper speculated that the drones could be the latest “paparazzi” attempt to capture private images of the royal family, although it conceded that nighttime flying made that unlikely.

The Royal Palace said it does not comment on security matters.

Spain’s Ministry of Defence is said to be interested in introducing measures that will prevent drones flying in high-security zones following initiatives in London and Paris.