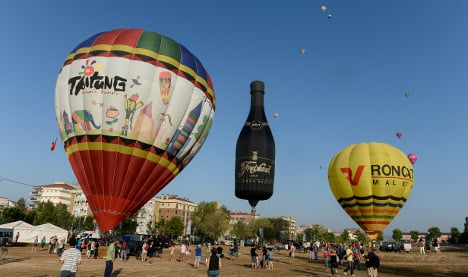 A 51-year-old pilot died in a hot air balloon accident on Sunday while the other six passengers were left injured during the last day of the European Balloon Festival in Igualada near Barcelona.

The Balloon Festival reported on Twitter that the pilot had been able to save the rest of the passengers by performing a landing maneuver.

The mayor Igualada told broadcaster TV-3 that the accident had occurred due to “random circumstances”, explaining that the balloon had been in good condition and the weather had been optimal for hot air balloons.

According to newspaper La Informacion, the accident occurred while the driver was trying to land the balloon and it bumped into an embankment, causing several people to fall out of the basket.

While trying to stabilize the balloon, the driver had been hanging from a rope outside the basket and when the passengers fell out, the loss in weight caused the balloon to soar higher and the driver to ultimately fall from a great height.

One of the passengers is in serious condition while the others suffered less serious injuries, according to newspaper El Periodico.

The mayor insisted that all drivers in the festival were “very prepared with a lot of experience” and that the circumstances that led to the accident are still under investigation.

European Ballon Festival organizers told El Periódico that this was the first accident in the nearly 20-year history of the fest.

Organizers expressed their “deepest condolences” to the family of the pilot on Twitter.